ACE SOLAR in North Andover: Saving the Planet One Panel at a Time

By Tom Duggan on May 15, 2019Comments Off on ACE SOLAR in North Andover: Saving the Planet One Panel at a Time 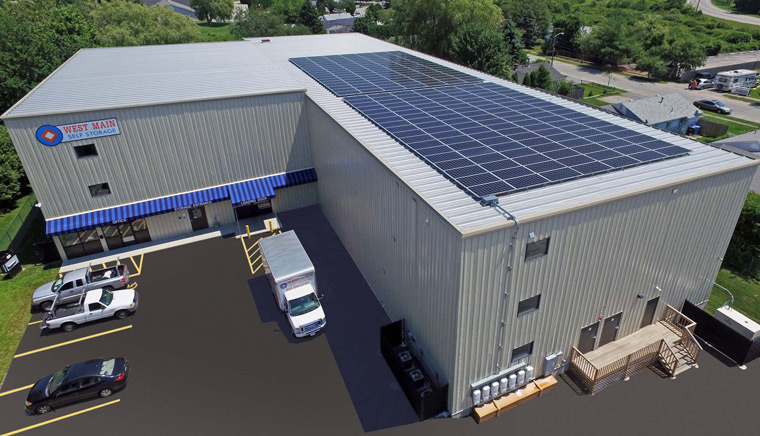 “Bob and Mark Kiley are brothers and their nephew Eric McLean own the business together,” Bolduc told us. “They are all local guys who grew up in the area. Bob and Mark’s father was once mayor Kiley of Lawrence so they have a strong connection to the area. Eric has a background in engineering and is really good at understanding how it translates to the end user, the homeowner or business owner and finding new and unique ways of making it happen.
At Ace Solar we are really trying to spread the word of what the solar impact can have.

The company was formed in 2015 when they officially came together. They were in solar in a couple of different facets separately, and then as they started working on more projects with other companies they came up with the idea to start Ace Solar.

What we can do for our customers and the environment is helping people find ways to lessen the impact of the draw on the electric grid, taking away dependency on the energy systems. Eliminating electric bills is certainly a nice benefit as well. I don’t think I know anyone who doesn’t want a more cost effective home or business.

It’s a combination of saving money but it’s also saving the environment. The financial benefits are great. The incentives in Massachusetts are some of the best in the country.

Even in surrounding states there’s not as much of a local level incentive for people to jump on board and make it worthwhile. With the new SMART Program, it’s basically paying people to go solar.

Whereas before there was something like a credit system; they were using calls SREC that were basically certificates for the energy that was produced by the system but works on the system similar to a stock. Now there’s a more tangible and definable incentive that goes along with it. So, whether we are working with homeowners or business owners who apply for the SMART program and depending on the energy rates in the area, and types of systems they have, there’s a rate attached to their energy production. Once they get signed up for the SMART program, whatever that incentive rate is, it’s locked in at least ten years.

WHAT KIND OF SAVINGS CAN PEOPLE EXPECT?

Everyone wants to eliminate their electric bill and that’s really the goal. The way we approach it is, we are not going to try and max out the rooftop filled with panels and go as big as we possibly can. We are really looking at the energy you use on a daily basis and then create and design a system that gets you as close to that amount of energy that you need.

With the incentives, that help make our case a little easier because a lot of people don’t need a really large system.
The greatest incentive is that it’s an actual rate of return. It’s a little different from town to town. On a traditional roof top, let’s say they establish that they get 30 cents per kilowatt hour generated.

With that incentive you can generate the electricity or energy needed for the month. Anything extra that you are not using goes back to the grid and you are compensated for that.

I think a lot of people think going solar is too big or people feel it’s out of reach for them, but it is becoming more and more affordable. The prices are coming down on equipment. There are also new opportunities evolving in the industry. One is community solar. It’s a movement. The way that it works is, some large companies or organizations come together and pool their users and resources to garner interest in a certain area. So, if enough people sign up for this community solar program it prompts companies to developed large scale solar farms. The folks who sign up for community solar receive the benefit of the energy in the form of a discount on their electric bills.

We’ve partnered with a company called Blue Wave to help people get on board with that. So, the people who sign up for that program usually end up saving about 5-10% on your total bill without installing anything.

The typical payback period for homeowners usually is 3-5 years. When we are designing a system for somebody, we are looking at arranging a payment so that, at the very least, you will be paying less than what you are paying now for electricity. If you are taking a loan payment to pay off the system that loan payment will be less than what you were paying for electricity to start. So, if someone came to us with a $200 electric bill, we are going to design a system and a loan payment to be less than $200. Once that is paid off within three to five years, you will be looking at a $4 electric bill.

NEXT MONTH: The environmental benefits of Solar and the ways Ace Solar of North Andover sees the science of solar contributing to a healthier planet. ◊

ACE SOLAR in North Andover: Saving the Planet One Panel at a Time added by Tom Duggan on May 15, 2019
View all posts by Tom Duggan →