By ValleyPatriot on February 22, 2017Comments Off on Akamai Uses Tax Breaks to Hire H1B Foreign Workers 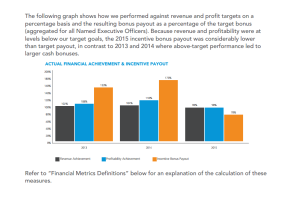 Now that The Presidential Election is over, and Donald Trump has since been elected President, the controversies surrounding his platform while he was running continue to follow him into his Administration.

Aside from the circus surrounding President Trump’s cabinet confirmation hearings, President Trump has started, as he promised, to hit the ground running, especially in regard to immigration reform, border control, and the protection of the American worker. The last point is what some here at The Valley Patriot believe is one of the primary reasons Donald Trump now sits in The Oval Office.

Many working class Americans believed they were simply abandoned by the Democratic Party, and in many cases, especially with the multi-year decline in private union membership, these left out workers have a strong argument and appear to have voted as such.

President Trump has recently turned his eye to another sector where Americans are losing ground, H-1B Visa Workers. Those are citizens of other countries who come to the U.S. to get work that included right here in Massachusetts, and as previously pointed out last year by The Valley Patriot, right here in The Merrimack Valley.

Massachusetts is responsible for hiring over seventeen-thousand H-1B’s from 2016 to February 1st 2017. That’s over 26% of bachelor degree level jobs, or if we add the master’s degree, 20K limits, 20% of the total allowed H-1B Visas per year here just in Massachusetts.

These jobs of course are filled by H-1Bs when an employer cannot find an American to do these jobs, which typically fall in the high technology industry such as software and computing engineering, and they are filled overwhelmingly by outsourcing firms from India. Looking at the long-term employment levels of American bachelor degree holders, someone needs to at least help stop the bleeding, especially since there are, in fact Americans that can and will do these jobs.

It appears there’s at least one Democrat who is listening to her constituents, California’s Representative Zoe Lofgren has submitted a Bill called: “High-Skilled Integrity and Fairness Act of 2017.”

This bill not only tackles employers H-1B abuse, but a bill that has garnered support of President Trump, and would assure employers hire Americans first.

By raising the cap exemption that employers have to pay H-1B Visa workers to $130,000.00, making it uneconomical to go outside our shores and import cheaper labor which employers enjoy now.

It’s too early to say what the final bill will look like, but it’s a start, and will give American workers hope, both young and old, that their expertise and talents will be needed again, or for the first time, over that of foreign and cheaper labor.

Meanwhile, Massachusetts Legislators have continued to give handouts to employers of H-1B abusers, and are silent when it comes to the abuse of areas of non-technical jobs being filled by H-1B Visa workers.

One such example is Akamai Technologies, who last year received a $700K tax incentive to consolidate and move to new offices in Cambridge.

As part of the incentive, Akamai Technologies is supposed to create more jobs, but based on their near 300 H-1B Visa workers, (which makes up over 16% of their workforce here in Massachusetts), skilled American workers apparently are in short supply. Meanwhile, software tech giants like IBM have fired Americans by the thousands, especially older workers, which begs the question: “Did Akamai Technologies really look in our own backyard for talent?”

In addition to Akamai hiring a large percent of H-1Bs, they also have the dubious distinction of having to settle in a Non Prosecution Agreement with The Securities & Exchange Commission (SEC) last year in regard to a bribery case with China. Not to be outdone, Akamai, while their 2015 profits were waning, used the financially engineered tactic of a $1 billion dollar share buyback to start off 2016, which is a boon not just for investors and share price, but also executives, as a large portion of Akamai’s compensation package to executives is performance based.

Since 2013, according to SEC Form-4 filings, directors and executives have sold their shares to the tune of over $54 million, which begs another question: “Did they really need that $700K tax incentive?”

There are many that speculate reforming the H-1B program will actually harm American jobs and force employers offshore. At first, this may seem like a reasonable argument, but The United States is the largest consumer country in the world, and there’s no way any other country would want to be shut out of our markets. President Trump has already indicated he has no qualms with taxing and putting tariffs on companies or countries that don’t play ball – very powerful leverage for those that want to profit from this country. Hopefully, the outcome of this long awaited H-1B reform will be met with bi-partisan support, even if Republicans do not need Democrats’ blessings. Democrats have a lot of fences to mend in regard to looking out for their Party’s base, a base many feel clearly abandoned or betrayed H-1B reform; protecting the American worker would be a great place to start.