By Tom Duggan on August 27, 2017Comments Off on An Interview with At-Large Council Candidate Ryan Hamilton 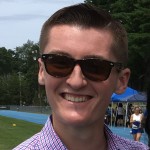 Nineteen year old Ryan Hamilton says he wants to represent Methuen on the city council and with only four people running for three open seats in the at large race, Hamilton says he likes his chances.

“I’m the only one in this race who has never run for anything before,” Hamilton says. Adding that his youth and inexperience may be strength in this race. “If I win, I will be voting as one of nine councilors. I don’t have some of the history with city workers or other officials, so I can work with anyone.”
Hamilton said he is basing his campaign on community engagement, public safety, education, and small business growth.

“I think what makes me different than the other candidates is that I’m not going to guarantee you that I’m going to do everything by myself. I want to work with my fellow council members and state officials and make it a real team effort.

“In terms of public safety, we need to take a good look at state grants and expanding our innovation. I know representatives Campbell and DiZoglio are doing a great job, but I want to let them know there are issues the state and feds should be funding for Methuen instead of burdening the Methuen taxpayers.”

Hamilton said that he liked Chief Solomon testing the use of body cameras for police officers, adding that there are grants and private foundations that may pick up the cost of equipping all the police with body cameras. “We should be the model for the country. Chief Solomon is doing a fantastic job of keeping our police up to date in the age of technology. Without creative ways to get outside funding we could get left behind.”

Hamilton said being young gives him a different perspective.

“I know we need a youth center in Methuen. We need more activities for kids. I know that Lawrence opened a gym at night with police funding through a state grant. Lawrence police let kids play basketball at night. This should be funded in Methuen too. We need to give kids a place to go so they are not getting in trouble, give them a chance to see – in an environment that is very anti-cop, that the cops are not their enemies. They are there to help us. They are fathers, husbands, coaches; they are here to protect people.”

Hamilton’s father is a Lawrence Firefighter.

CALLING FOR AN AUDIT

“I’d like to see an audit right away. I think we need to know what we are dealing with. We are going to be voting on future budgets and the city needs to audit everyone’s budget so we can find out where the money is going. I hate waste. I hate wasting taxpayers’ dollars. People work hard. At the end of the day, if elected, if I find the Methuen schools are using their money appropriately and the money is going where it should, and want more money I’m 100% ok with that. But, being new to politics I want to know where the money is going. Not just in the schools but in every department. I know it’s going to upset the establishment but, when you invest in a company you want to know where your money is going. I have no problem upsetting the establishment. I don’t work for the insiders I work for the taxpayers.”

IS METHUEN GROWING TOO FAST?

Our rate of growth is too high. I would agree Methuen is growing fast. I wouldn’t say it’s not manageable, but right now there’s no plan to manage it. I have no problem with the city growing, but manage the growth. We have to expect that we are going to grow. That means more families coming in and we have to have a plan to expand school space and other services to the new residents. We need a plan, so that all of a sudden, we aren’t surprised one day with an average class size of 35 kids a class. With a plan, we can be ready for that. We can plan for more fire and police protection; expand those departments according to the growth we planned for.”