By Tom Duggan on May 15, 2016Comments Off on An Interview with Bylli Crayone Of Lawrence (Part I) on His New Release “Green” 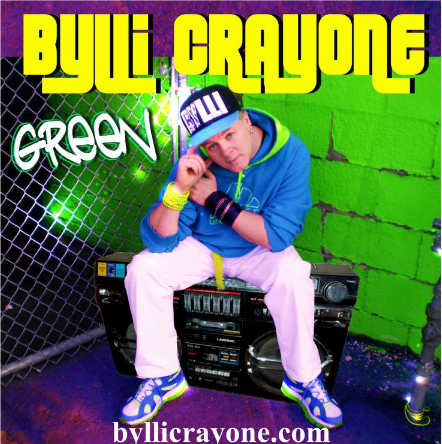 Last month The Valley Patriot sat down with Lawrence singing sensation Bylli Crayone to discuss the 25th anniversary of his first release (which came out last February) called “25 Years, The Best Of”. We also asked him about his 5th studio Album “Green” which was realeased yesterday.

How did you get started?

“I started in 1991. The first single was “Girl Hang It Up.” It was a freestyle dance single. This year it’s the 25th anniversary so it’s a special release.”

“All throughout the 90s I recorded songs, but it wasn’t until 1999 when I had my first full-length album, and now I’m on my fifth studio album. It’s called “Green”. The funny thing is, the song

“Green” is a song that I wrote in seventh grade in 1984. It’s one of the songs that stays in your head and it never leaves. I’d be walking around singing it to myself and people would ask me what song is that? So I finally decided to let it out.”

How did you go from just writing songs in seventh grade to recording albums?

“In the 80’s I was very much a music collector and I still am. My aunt moved down to Fort Lauderdale. At the time there was this big singer called “Johnny O”. She was friends with him, and she introduced me to him, and he introduced me to the studio. They had given me an opportunity, and asked me if I wanted to record something. I hadn’t written anything, but I did have a break up letter that I had written for my aunt and her boyfriend, so I transformed that letter into a song. That’s basically how my recording came about.”

“We recorded it with a company called Debonair Productions. They became a great dance label down in Miami. It was released on 200 cassette singles at the time. There was no digital, no vinyl, just 200 cassette singles. It was very rare. That was 1991.”

“I performed it at roller rinks, at night clubs, I was only 19 years old at the time. I did a lot of stuff down there. I came back up here and I was performing at Roll on America and Confetti’s with a full leg cast because I had broken my leg.”

“Since then, when people around here think of my name they think of that song (Girl Hang it Up).”

How did you go from doing your song in local places to doing duets with people like UTFO, Nu Shooz, Tiffany, Boy George, Samantha Fox, and the rest?

“In 2010, when I was working on my album “Presto” Lisa Lisa, who is a very good friend of mine, came up with the great idea that I should do collaborations with 80’s artists because she knows I’m a big 80’s junkie. I also run an 80’s website where I focus on 80’s artists and what they are doing today. I’ve become friends with many of them so she suggested I start hitting them up. And I started doing that randomly. She also said she was down to do it with me. So that’s really how it got started.”

“I ended up recording with Samantha Fox, Tiffany, Salt-N-Pepa, there were quite a few that I recorded with and it was such a thrill. But, it was Lisa’s idea. She brainstormed it, and I ran with it. I never thought in a million years… I mean, people asked me today what’s the best song I ever recorded, and to this day it is, “Take Us to the Disco” with Boy George. He and Cyndi Lauper were my idols growing up. So, to have Boy George singing a song, and singing my name is mind blowing. Even today, I can’t believe when I look back that Boy George was singing a song and saying my name.”

“I am meeting up with him next week. He’s going to be here in Boston with Cindy, both of them together, so I’m really looking forward to this again.”

You’ve done all these songs with all of these tremendously successful people, in the music business, and you’ve made decent money I assume….

“You don’t really make money on sales, publishing is where you make the money.”

You’re still living Lawrence. You could live anywhere, but you still live in Lawrence, how come?

“I get that all the time, my mom is here that’s why I stay. I’m staying grounded.”

She must be proud of you. Is she into your music?

“Yes. She’s always the first one to hear my music.”

Every record has a different story. Why this record now? 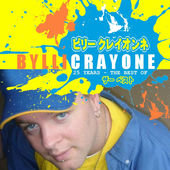 “In February my “Best Of” album came out. It’s a 25th anniversary release.”

“Gloria Estefan is my mentor. She says music is in your blood, you have it or you don’t. And she was right. I told her ‘I can’t wait to get the money like you do to keep putting out project after project. She said, ‘where there’s a will there’s a way, if it’s in your blood it will happen.’ It’s so funny, right after she told me that I got hit up by a production company in Germany. I did a cover of “Is It Love” by Mr. Mister, and they produced it. It did well overseas, but here in the US it didn’t do anything. Then they hit me up in the beginning of December or January and offered me a production deal to record the whole album exclusively. They wanted total exclusively for production and the whole 9 yards.”

“I told him, I write my own stuff, I’m not dealing with anyone else as far as having other people in on the writing. Because, that’s how you get paid, you get paid on publishing. So, the song “Is It Love” did end up on the album.

“People ask me, ‘why Green? Is it about money or jealousy, or the environment?’ No. It means go. Don’t stop, keep going. I also get asked a lot about the name of my last album “Presto”. In the 80’s that was my nickname when I was a break dancer. A lot of people don’t know I was a break dancer”

Is everything new on this record?

“The song “Dance Control”, and “I Need You”, are early 90’s songs, the rest of the stuff is all recent. “Text Me No More”, “I Don’t Want You”, “Mixed Signals”, those are all more recent songs and they’re all written based on true experiences.”

“Normally when I write a song, like, have a song called party in your underwear, I create the title first and then I write. But, these songs I wrote as they were happening. I create the melody, I record myself. I writethe songs then I give it to my producer and they create the music.”

An Interview with Bylli Crayone Of Lawrence (Part I) on His New Release “Green” added by Tom Duggan on May 15, 2016
View all posts by Tom Duggan →