By ValleyPatriot on October 28, 2013Comments Off on An Interview with Newbuyport Mayoral Candidate Richard Sullivan Jr. 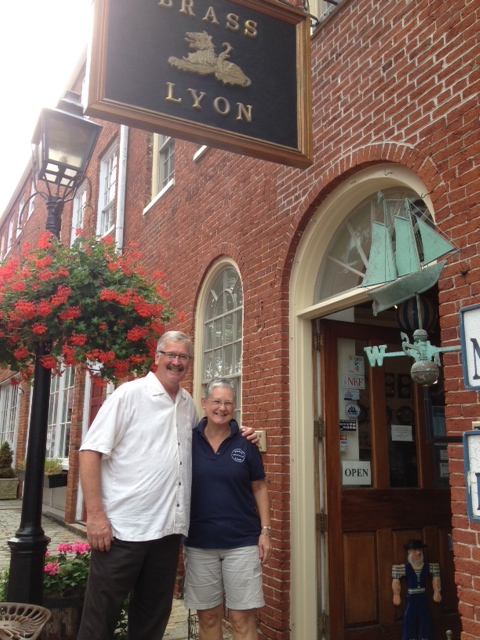 In September the people of Newburyport voiced and voted their opinion and a new man has stepped up to the plate to run for mayor. Richard Sullivan Jr. will be hitting the pavement and talking with locals in the weeks ahead to gain your support for the vote for Newburyport Mayor in November. In a fantastic interview Mr. Sullivan answered some great questions of concerns that you the voters wanted to know, all questions were provided by the public, and Mr. Sullivan answered them! So here you go!

Q) What changes would you concentrate on making on your first year in office?

A) The changes I would concentrate on would be saving the taxpayers money by better controlling costs and working to increase revenue. Donna Holaday is not a hands-on Mayor. She does not participate in contract negotiations. She allows her Administrative Assistant, HR Director, and City’s Attorney negotiate contracts. From the legal stand point these are billable hours, a huge cost to the taxpayers. I have a very good understanding with regards to labor contracts both in business as well as being a city employee. The former Kelley School needs some much needed updating if we are going to keep it. Right now the figure to bring Kelley up code is estimated to be around $900,000.00. At this point it makes more sense to offer the building and grounds for sale and put it back on the tax roles.

Q) What are your views on the proposed waterfront development?

A) My vision for the central waterfront is to expand the current park on both the west and east side; add a single story addition to the harbormaster’s office. The harbormaster currently does not have a bathroom in the building. At the same time we will better serving the visitors coming by boat by offering showers and laundry facilities. Which brings up your next question. Parking.

Q) The new paid parking has affected the local businesses. How do you intended on proceeding forward with the paid parking to help businesses regain sales?

A) When we take parking off the waterfront, we will need to have a facility to send those vehicles to. I as Mayor will work with New England Development to secure State and Federal funding to build a parking garage to the west of the downtown. New England Development turns over the parking garage to the city to maintain and derive the revenue, thus helping to finance the creation of a larger park and maintenance of the downtown. I believe we would be able to leave the time restrictions on parking so visitors to town can relax and enjoy their stay here. Merchants complain that the three hour time limit has shoppers constantly looking at the time and not enjoying their time here.

Q) Since Newburyport relies on tourism, visitors have not been as strong as years in the past. How would you try to increase tourism in the City of Newburyport? Would you entertain the appointing of a commission for tourism?

A) I believe commissions take authority away from elected leaders to make decisions. So no. No commission on tourism. I think the down turn in business was due largely from a bad economy and other local issues, but I will work closely with the Chamber of Commerce and Industry and business leaders to come up with ways to increase business for the downtown stores.

A) I believe public education is the most important social program we have. I served on the Newburyport School Committee from 2002 to 2006. During that time is when fees for sports and transportation came into play. I argued against fees. I don’t believe we can call it public education when we have people who cannot afford to pay a fee. I was told then we have waivers for people who can’t afford the fee. Hang around the schools when students are arriving and leaving school for the day. Traffic around schools is crazy. Many people have been driving their children to and from school, mostly because of the fees. I would like to see the fees eliminated but I don’t think that will happen for a while.

Q) What are your thoughts on taxes in Newburyport? Do you plan or raising them, keeping them the same, or decreasing them and why?

A) I will work to keep taxes at the same level as they are now. Ultimately, I would like to reduce the tax burden on city residents. As I work to reduce the costs of running the City of Newburyport, I can better answer that question.

Q) What is your opinion on the beach erosion on Plum Island and what part do you see the city being involved?

A) Beach erosion on a barrier island is a natural process. Plum Island is constantly changing. As public officials, we have a responsibility to protect citizen’s property. We have resources at our disposal and sometimes, as we saw this past winter, that is not enough. We must do what we can to help. Open government, open door policy at the Mayor’s office and a willingness to work together as a team with the City Council to solve people’s problems and to improve the quality of life for all Newburyport residents.