By Christine Morabito on February 5, 20116 Comments 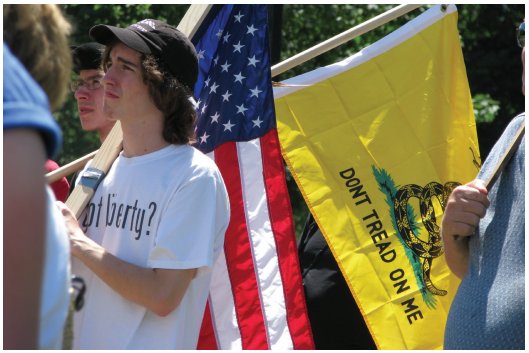 The Tea Party and conservative talk radio survived another unwarranted character assault after last month’s horrific shooting rampage in Arizona. While conservatives prayed for our country, others cast stones. There will always be unscrupulous opportunists who attempt to advance their political agenda at every turn. But, to politicize a national catastrophe, in order to silence the opposition, is about as sleazy as it gets. The progressives’ knee-jerk reaction bears an uncanny resemblance to their initial response to the Ft. Hood shooting and the plane crash into the Texas IRS building.

Then, as now, they were dead wrong.

It all began when Pima County Sheriff, Clarence Dupnik (D-AZ) admitted he was in possession of very few facts, yet blamed the shooting on “vitriolic rhetoric”and those who “mistrust government.” He called Arizona “the Mecca for prejudice and bigotry,” referring to American citizens who oppose illegal immigration. This drew progressives like piranhas to a feeding frenzy. Now they named names. New York Times columnist, Paul Krugman, unmatched in his knack for stepping in it, accused Glenn Beck and Rush Limbaugh of creating a “climate of hate.” MSNBC’s Chris Matthews recklessly vilified conservatives Michael Savage and Mark Levin, and Rep. James Clyburn (D-SC) offered the harebrained suggestion that we “rethink our parameters on free speech.”

Before long those pathologically obsessed with Sarah Palin began to emerge from the woodwork like cockroaches at sundown. Palin was actually accused of promoting violence by using political metaphors and crosshairs on her website.

While it is true, she used the term “reload,” clearly, she was not referring to shooting anyone—any more than we would literally throw the baby out with the bathwater.

Remember our own President promising “hand to hand combat” if Republicans won the majority in Congress? When referring to political opponents he also remarked, “If  they bring a knife to the fight, we’ll bring a gun.” According to author, Ann Coulter, “Obama is the first American President to advocate gun fights since Andrew Jackson.”

It should be crystal clear to anyone with an IQ over 50 that Arizona shooter, Jared Loughner, is the very antithesis of a conservative. His obsession with the Congressman notwithstanding, those who knew him admitted he would rather talk philosophy than politics. He is an alleged atheist, a fan of Karl Marx and lists the Communist Manifesto and Mein Kampf as his favorite books. He believes George Bush was responsible for 911, the Mars Rover landing was faked and that we should use marijuana as currency. Somehow, I can’t
picture this fellow listening to AM talk radio. Finally, Loughner’s affinity for flag burning, belief in mind control and the fact
that he was rejected from the military for drug abuse, leads me to believe the young man was probably not a regular visitor to
Sarah Palin’s website. It stands to reason that attending Tea Party rallies was not on his agenda either.

For nearly two years, the left has been tripping all over themselves (metaphorically speaking) to link the Tea Party to some violent act. They crash our parties and attempt to provoke us, but the infiltrators rarely succeed. At a rally last summer, I noticed an attendee who was–shall I say–not like the others. He wore black, had a shaved head and was adorned with a myriad of tattoos, with piercings out of
every discernible orifice.

At the height of the rally, this miscreant marched into the middle of the street, and with an enormous
smirk on his face proceeded to set fire to an American flag. The scene might have turned ugly, had cooler heads not prevailed.
Several Tea Party members were restrained from delivering what they considered a well deserved pummeling to the flag burner.
It is pure hypocrisy for progressives to accuse conservatives of promoting violence. Michelle Malkin’s article entitled “The progressive ‘climate of hate:’ An illustrated primer, 2000-2010” exhibits this point brilliantly. Her examples will shock and amaze.

Fuller was escorted away and subsequently arrested. When Amanpour mentioned the incident, she seemingly forgot to mention that the threat was made against a Tea Party member. In 2009, when conservative activist Kenneth Gladney was badly beaten by SEIU members, FOX News was the only network to cover it. Coincidence—or something more?

Evidence now suggests that Sheriff Dupnik may have been motivated by selfpreservation when he recklessly blamed conservatives for the senseless shooting.

Loughner’s history includes arrests for possession of a controlled substance and for drunkenness. These and other run-ins clearly indicate that he was well known to Dupnik’s department. Loughner had also made threats against staff at his former college and members of the media. Had these threats been taken seriously, perhaps this horrible event could have been avoided.

Reports that Loughner legally purchased a firearm are false. According to civil rights activist, Rob Doar, Loughner committed a
felony when he lied on his ATF form, used to purchase the handgun. Question 11-E deals specifically with drug use, and had it
been answered honestly, would have made Loughner ineligible to own a gun. If the shooter was willing to commit a felony to
obtain the weapon and in turn violate the most sacred of all laws—Thou shalt not kill—then all the gun laws in the world
would not have stopped him.

6 Responses to "… and We’re STILL Waiting for an Apology"