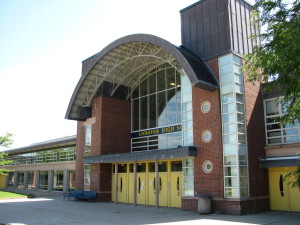 The Valley Patriot has learned that Andover High School has changed their longstanding policy and tradition of crowning a king and queen of the prom, replacing them with what they are now calling the “prom court”.

The 2016 graduating class at Andover High had their prom two weeks ago, where two male students were crowned “prom court”, prompting parents to call The Valley Patriot newsroom with complaints.

Administrators in Andover took it upon themselves to change the handbook policies and did not notify, nor get the approval of the Andover School Committee, something that School Committeeman Ted Teichert says, just isn’t right.

“I didn’t know anything about this until I read about it on Facebook. Now it’s on the school committee agenda but, the prom already took place. So, I guess my first question is: why? Why did this happen? Was it because of all this transgender stuff going on at the national level? Was it because of a gender issue? How did this come about without school committee approval? Why weren’t we at least notified of the change? If they want to change a policy or anything in the student handbook they have to come before the school committee and they didn’t do that, they just went out on their own.”

“If this was a “gender issue” I would be concerned about other gender awards like ‘Mr. Andover High’ being changed”.

“I don’t care either way, but one of my questions will be, what’s wrong with King and Queen, one boy and one girl? What’s wrong with the long standing tradition in our high school? I’d be interested to hear who is responsible for this, and what was their reasoning. This has nothing to do with education so, why are we even doing this?”

PRINCIPAL ADMITS IT WAS HIS DECISION

“Because, we wanted to work within the spirit of law that Department of Education put in when the schools were asked to review their policies and procedures for gender separation and a review of the pedagogical reason for all gender decisions that are being made in the schools.”

Asked why the school committee is being asked to change the policy after the changes have already gone into affect, Conrad said that he was trying to get ahead of the policy changes being mandated by the Dep. of Education.

“We’ve been working all year on policies like this, and it must have just occurred out of order.”

Asked what happens if the school committee rejects the policy change given that they have already acted upon on it without school committee approval, Conrad said he is hoping that doesn’t happen.

“But, if it does, then we are going to have to have a broader discussion about why they rejected it and what the Department of Ed. is requiring of the district when it comes to gender and gender identity issues in the district.”

“Honelsty, the reason we are doing these things is to make sure that all students, and I do mean all our students, are being taken care of in school. It’s not to upset the apple cart so to speak, it’s to make sure all kids feel safe at school.”

Since Conrad cited the Department of Education requirements as a reason for changing the policy on king and queen of the prom, we asked him if that means all schools in Massachusetts will be changing their king and queen to be in compliance?

Parents who contacted the Valley Patriot last week to complain about the change, said that they were afraid to be publicly identified in the story for fear that their children would be retaliated against at school.

One mother said that when she tried to complain to the high school administration she was called a bigot and told to “get over it”. Another parent said that she didn’t really mind the change but added, “the public should have been told, and the school committee should have approved it instead of secretly changing the policy and shoving it down the parent’s throats like they always do.”