By ValleyPatriot on September 30, 2015Comments Off on Andover Man, Local Teamsters Face 20 Years for Extortion of Reality TV Production Company,

BOSTON—Five members of Teamsters Local 25 were arrested today in connection with attempting to extort a television production company that was filming a reality show in the Boston area in spring 2014.

The United States Attorney Carmen Ortiz has indicted Mark Harrington, 61, of Andover; John Fidler, 51, of Holbrook; Daniel Redmond, 47, of Medford; Robert Cafarelli, 45, of Middleton; and Richard Jeffrey, 55, of Woburn, were indicted on conspiracy to extort and attempted extortion of a television production company in order to obtain no-work jobs for fellow Teamsters.

OLD SCHOOL THUG TACTICS TO GET NO SHOW JOBS 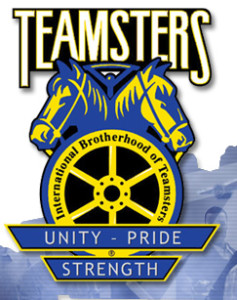 According to the indictment, beginning in spring 2014, a non-union production company began filming a reality television show in and around Boston. The company hired its own employees, including drivers, for the filming of the show and did not need work performed by union members. Beginning on June 5, 2014, the defendants conspired to force the production company to pay Local 25 members for unnecessary work by threatening physical and economic harm to the company.

Among other things, the indictment alleges that on June 10, 2014, the defendants showed up at a restaurant in Milton where the production company was filming. The defendants entered the production area and began walking in lockstep toward the doors of the restaurant where they accosted film crew members and attempted to forcibly enter the restaurant. Throughout the morning, the defendants yelled racial and homophobic slurs at the film crew and others, threatened crew and cast members, and shouted profanities. The defendants also blocked vehicles from the entryway to the set, and used physical violence and threats of physical violence to try and prevent people from entering the set.

“The indictment alleges that a group of rogue Teamsters employed old school thug tactics to get no-work jobs from an out of town production company,” said United States Attorney Carmen M. Ortiz. “In the course of this alleged conspiracy, they managed to chase a legitimate business out of the City of Boston and then harassed the cast and crew when they set up shop in Milton. This kind of conduct reflects poorly on our city and must be addressed for what it is—not union organizing, but criminal extortion.”

US ATTORNEY ON TEAMSTERS

“While unions have the right to advocate on behalf of their members, they do not have the right to use violence and intimidation,” said Joseph R. Bonavolonta, Acting Special Agent in Charge of the Federal Bureau of Investigation, Boston Field Division. “The strong-arm tactics the FBI has seen in this case are egregious and our investigation is far from over. Today’s arrests should send a message to those who think they can get away with manipulating the system that they better think twice.”

The charging statute provides a sentence of no greater than 20 years in prison, three years of supervised release, and a fine of $250,000. Actual sentences for federal crimes are typically less than the maximum penalties. Sentences are imposed by a federal district court judge based upon the U.S. Sentencing Guidelines and other statutory factors.

The details contained in the indictment are allegations. The defendants are presumed innocent unless and until proven guilty beyond a reasonable doubt in a court of law.
This content has been reproduced from its original source.