By Tom Duggan on September 8, 2018Comments Off on Andover Police Investigating Bank Robbery 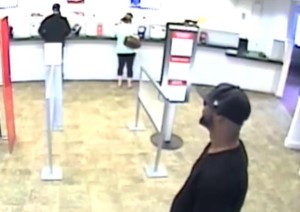 One of the men passed a note to a teller demanding money while the other stood by the entrance.

There was no weapon shown and no one was injured. Both suspects fled with an unknown sum of money in what was believed to be a black sedan with a Rhode Island registration.

There is believed to be a third suspect who was operating the vehicle. Surveillance footage from the bank is being reviewed by police investigators.

If anyone has any information regarding the robbery or the identity of the suspects, please contact the Andover Police Department detectives at 978-475-0411 or call the department’s tip line at 978-470-3864.