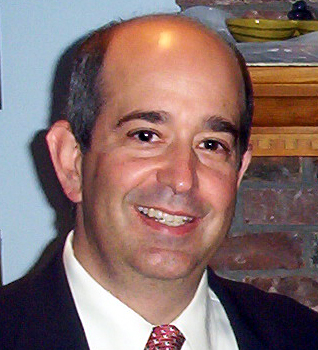 Chairman of the Andover Board of Selectman, Alex Vispoli announced that he is running for the Massachusetts State Senate in the Second Essex and Middlesex district comprising of Tewksbury, Dracut, Lawrence and Andover.

“I am running for the State Senate because it’s time to give the people of our district a break from compulsive tax increases and unresponsive government, these decisions have impacts that hurt our district” said Vispoli. “It’s time to look to savings and reforms first instead of automatically voting to tax our already overburdened taxpayer.”

Vispoli’s top issues for this race are going to be providing more job opportunities for the people in our district, fiscal accountability, local aid fairness, improving education, and restoring integrity to the State House.

“It’s time to hold our legislators accountable for their actions. Just recently we saw an uninformed and uncaring legislature ignorantly pass a high tech tax only to sheepishly repeal it when they finally realized the harm it would do to job creation and the Massachusetts economy.

“We have a crime lab scandal costing us all $332 million and $200 million in welfare fraud. Instead of the proper oversight, Beacon Hill reaches into our wallets for more tax dollars. That’s wrong. I am not going to sit on the sidelines when I know that I can provide leadership to help turnaround our state.” said Vispoli.

“I will use my 25 years of private sector experience to encourage businesses to stay and grow in Massachusetts. We need to create an environment in which new businesses and industries are willing to locate in Tewksbury, Dracut, Lawrence and Andover. That will create the jobs we so desperately need in our district,” said Vispoli.

As a father of 4, Vispoli understands the importance of a strong educational system. “Our schools must prepare our children and our grandchildren for the ever changing world. I know that in order to create an environment that will allow businesses to grow and create new jobs, we must have an educated workforce that will meet the needs of the business community.”

Vispoli was first elected to the Andover Board of Selectmen in 2004. On the board, he has led initiatives including: consolidation of Andover’s IT organization and infrastructure, creation of the Andover Economic Development Council; I93 proposed interchange project; reduction in Town owned vehicles; annual citizens mid-year review for major project updates; and regionalization opportunities with surrounding towns. Andover is a AAA bond rated town.

In addition, he is a member of the Local Government Advisory Commission.

Professionally, Vispoli has been in the information technology business for 25 years. He currently holds the position of Director of Business Development for an Andover-based technology company.

Alex and his wife Ann have been residents of Andover since 1996.