By ValleyPatriot on January 2, 2014Comments Off on Assertocracy is the path to Kleptocracy 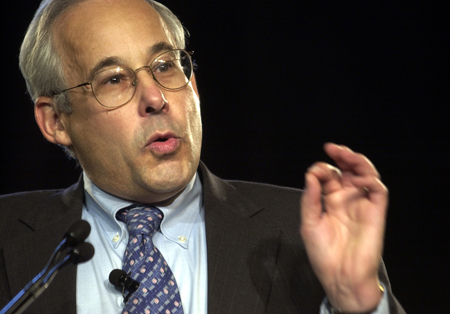 With this column I present a newly coined term – assertocracy – and show it’s current use. In her superlative book – In The Footsteps Of Mr Kurtz – Michela Wrong applied the term kleptocracy, government by theft, to the post-war nation state. In the same vein, assertocracy is government by assertion.

Assertocracy is intended to hide kleptocracy, the real goal, a simple example being a huge chunk of doctors asserting government actions against medicines for chronic pain (“We use more pain medicines in the US than in Africa!”) just happen to run cash-only Suboxone clinics. (100 patients x $200 per month = $20,000 cash every month) Given that the Holocaust began in hospitals with nurses and doctors murdering thousands over the years it would be ignorant to accept their assertions at face value thinking because they are nurses and doctors of course they must be noble. (http://goo.gl/lHkI5s) Never forget.

The past month has brought to the public eye the total lack of governance embodied by Healthcare.gov and the allegedly absent leadership of both HHS Secretary Kathleen Sebelius and Marilyn Tavener who took over from Sir Donald Berwick as Chief of Medicare. Signature of the $93 Million contract for Healthcare.gov with the Canadian company CGI occurred on Sir Donald’s last day in office as Medicare Chief, similar to Marc Rich’s pardon years ago. Such high-value contracts do not get signed without the personal involvement of the Chief over months. Does. Not. Happen.

Even after the website’s meltdown, when it was evident that leaving the integration of the site’s numerous components to the blatant incompetence of Medicare Chief Tavener and her staff was the fundamental error, Sir Donald asserted on the record to the Boston Globe that it was absolutely the correct decision. In the last paragraphs of this essay you will understand why.

An assertocracy depends entirely on the lack of direct questioning. The New York Times even asked readers – “I’m looking for reader input on whether and when New York Times news reporters should challenge ‘facts’ that are asserted by newsmakers they write about” because to do so would turn reporters from stenographers into “truth vigilantes” or insurgents or cult-followers of IF Stone. Government by assertion.

The HHS Office of the Inspector General had reported to Congress back in August that they had been thwarted by Medicare Chief Tavener from testing the new website to ensure it protected the personal information of Americans. OIG explicitly reported that they could not make any assertions about the safety of citizens’ data.

OIG clearly did not get with the assertocracy program. Which explains why OIG’s budget was gutted and it is to lose 400 members of it’s staff! “Truth vigilantes” applies to the OIG staff now being let go. OIG reported the cuts to Congress making it clear this was not due to just evil Republicans and laid out a list of investigations that would now go undone including audits of hospitals for Medicare fraud + poor care as well as fraud involving the new insurance exchanges created by Obamacare. Fraud has now been deliberately helped by the gutting of OIG by the current assertocracy.

It thus comes as no surprise that Chief Tavener asserted that the website was good to go even after HHS CIO Tony Trenkle refused to sign off on it. He cared about Americans and was overruled by Tavener herself. He resigned. This naturally suits assertocracies which over time weed out honest public servants leaving behind people who equate governance with assertion. See Tavener’s note here – http://oig.hhs.gov/oas/reports/region1/181330070.pdf Government by assertion.

One could of course assert that since no one is bothered that full details of America’s physicians, including their fingerprints, already reside in a British company called Pearson, surely no one should care that full personal details of American citizens now belong in a Canadian company and through Healthcare.gov to any hacker on earth. America’s physicians are coerced by various Boards to give their fingerprints to said British firm.

Assertion has made strong inroads into national ‘healthcare’ policy. A year ago the leadership of Cambridge Health Alliance, well versed in insurance fraud themselves, asserted in a magazine called Health Affairs (the organ of a private advocacy group called The People-to-People Health Foundation, Inc.) that providing physicians with images of scans directly increases the number of tests ordered and that this applies particularly to neurologists because most neurologists own MRI machines, without actually publishing a single shred of supporting data.

WBUR and the allegedly nonpartisan Kaiser Family Foundation asserted that Democratic Gubernatorial candidate Sir Donald Berwick is a “healthcare quality guru” despite the ongoing Mid-Staffs scandal in his reformed NHS, reforms so huge he was knighted by the Queen. You don’t get knighted for nothing. Thousands of Brits wait their entire lives. Kaiser chose to NOT inform Americans about the 1200 extra deaths from starvation and dehydration in the very recent past.

This month we were presented with pure assertions about the nominee for the post of US Surgeon General, Dr Vivek Murthy, 36 years old, part-time hospitalist at Partners Healthcare and most importantly Founder of Doctors for Obama. Churnalism leads to cut-and-pasted assertions about a nonprofit “founded” by him (“In 1995, he founded VISIONS Worldwide, a nonprofit dedicated to AIDS and HIV education in India”) but Google is singularly unsuccessful in locating a current website for it. Even his rah-rah boosters at WBUR would agree that the nonprofit’s website is “invisible.” The money for the venture seems to have come from a privately funded foundation (meaning we don’t know the source). (http://infinityfoundation.com/irspg1.shtml) We are easily successful however in locating his other venture, a for-profit company that sets up clinical trials for Big Pharma, likely in the Third World.

Surely WBUR knew this when it published it’s puff piece. No “truth vigilantes” at WBUR and no Nieman IF Stone Medal for them. WBUR and the Globe quoted close friends who asserted that the Senate should “concentrate on Murthy’s impressive record,” namely his founding of a noble (invisible) nonprofit and campaigning for Obama. “The nomination of Dr. Vivek Murthy as the US Surgeon General cements the reputation physicians of Indian origin have across America,” asserted Dr. J. B. Shah, president of the American Association of Physicians of Indian Origin (AAPI). The reputation of physicians of Indian origin is now officially doomed.

Sir Donald Berwick himself asserted “By nominating Vivek Murthy, President Obama has chosen one of the finest doctors in our nation to be our next Surgeon General.” At 36, he will be the youngest Surgeon General ever. And the first hospitalist in the post. Hospitalists are doctors who don’t have patients of their own.

Dr Murthy’s former colleague at Partners, Dr Julian Harris, who also served on the Obama Campaign, worked at Cambridge Health Alliance, was appointed Director of MassHealth the day he finished residency training and now is the Associate Director for Health Programs (OMB) in the White House, received the same assertions upon his elevation. Impressive records by assertion.

Seriously, is this the best the United States can come up with? Have we completely run out of people made of real stuff? Then again an Eric Topol would be as much of a misfit in the current assertocracy as Trenkle, even though tax-paying citizens would for once actually be served.

Steven Syre wrote in the Globe – “But I got the feeling an important lesson from the recent past had been lost, or ignored, when the president came to Boston three weeks ago. Obama flew into town hoping to revive support for his most important accomplishment with a high-visibility celebration of its Massachusetts roots (managing to get upstaged by Game 6 of the World Series). The event had the look and feel of a partisan political rally, utterly contrary to the sensibility that made the Massachusetts experiment successful. Talk about missing the point.“

In reality it is Syre who has missed the point. The whole point IS to ratchet up partisanship and a sense of crisis so that more millions can be shovelled to friends via no-bid contracts. Perhaps Syre knows this too and chose to not go there. Already the $93 Million website has hit $292 Million ($630 Million expected) and CGI’s share price as expected has hit an all-time high. Everyone within the current assertocracy already fully knew about the problems with the website. This is proved by the OIG report above plus NYT’s report that Henry Chao could decide nothing on a daily basis without a daily conversation with the Obama White House. Naturally this means that Secretary Sebelius consciously committed perjury in her Congressional testimony, something ProPublica did NOT tell the public. Given that a Federal judge has already publicly condemned her for proven deliberate bad faith, perjury is not a surprise. Since she has already escaped once despite deliberately violating the Hatch Act and since the 113th Congress does not care about perjury, her risk was minimal this time.

People in power counted on the coming crisis to lead to bigger windfalls and the stock market has cottoned on too, just as Peugeot shares have risen with the new Iran deal. This explains Sir Donald Berwick’s off-message assertion that it was the correct decision (for the kleptocrats!). When you question seasoned power-players however they will instead claim to be innocents abroad. Richard Grenier nailed it with – “Aw shucks. I’m just a big kid really.”

The NYT further reports that Obama has demanded that all government officials and contractors involved with Healthcare.gov keep their involvement confidential. Secrecy is essential for kleptocracy and to hide those no-bid contracts. There is zero legitimate reason for secrecy in a tax-payer supported public program that, thanks to the mandate, involves every single person in the US and their personal information (the only thing not protected by secrecy). Tax-payers’ sole hope now are whistleblowers (such as http://goo.gl/2KpCD9).

Partisan noise and secrecy are imperative for an assertocracy to thrive, leaving this poor nation a kleptocracy (exactly like Africa! woo hoo!) in the hands of Sebelius, Berwick, Tavener, Julian Harris and soon Murthy. Which naturally raises the question, on this the 150th anniversary of Lincoln’s Gettysburg Address – how does one now distinguish between public servants and economic hit men?