By Tom Duggan on July 14, 2016Comments Off on Audit Finds $15 Million in Inappropriate Payments from MassHealth

Bump Calls on MassHealth to Address Systemic Problems in Program 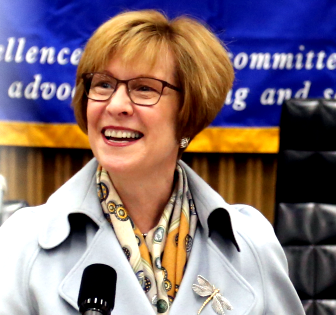 BOSTON, MA — Auditor Suzanne M. Bump today released an audit that found that, during a roughly five-year period, MassHealth  inappropriately paid $15,201,854 for adult foster care (AFC) and group adult foster care (GAFC) services for members in long-term care facilities (LTC), which is prohibited by MassHealth’s own rules. AFC and GAFC programs provide assistance with activities of daily living, including eating, dressing, laundry, and meal preparation, to elderly and disabled MassHealth members, which allows those members to continue to live independently in a community-based setting, and thus avoid the high costs of paying for those members to live in a long-term-care facility, such as a rest home.

“Essentially, MassHealth created and sustained a loophole that allowed GAFC providers to receive inappropriate payments. When MassHealth pays for GAFC and long term care services for a single member, it is in-effect, paying for 26 hours of care each day for that member,” Bump said of the practical impact of these inappropriate payments. “MassHealth, like all state agencies, must have consistent regulations that guide how their programs should operate and how funds can be spent. When agencies make informal policy decisions, such as this letter and email, that contradict existing guidelines, it creates confusion and uncertainty, and provides opportunities for inappropriate payments that cost taxpayers money.”

The audit demonstrates that rest homes are required to provide 24-hour-a-day assistance with activities such as eating, dressing, and bathing. These are the same services that GAFC providers are tasked with providing to members for two hours each day. During meetings with rest home staff, one employee told an auditor from Bump’s office that GAFC services give rest home personnel a respite from their required responsibilities. While MassHealth does not have specific regulations for GAFC payments, it has guidelines that require these providers to meet all regulations of the AFC program, which prohibit these services when the member is a resident of a nursing facility or rest home.

The audit was initiated as a result of a referral from the Office of the State Auditor’s Bureau of Special Investigations (BSI). BSI investigates complaints of fraud in the Commonwealth’s public benefits programs. BSI identified this problem using advanced data analysis tools; however, because of MassHealth’s letter and email, which told providers that they would continue to pay for these services despite MassHealth’s guidelines to the contrary, BSI could not pursue claims of fraud.

“At a time where the state faces an uncertain fiscal future, and policymakers and other agencies are finding ways to do more with less, this audit shows another instance of MassHealth failing to put proper controls in place to ensure they’re spending funds with integrity and accountability,” Bump said. “MassHealth owes it to the residents of the Commonwealth to address these systemic problems.”

LINK TO FULL AUDIT BELOW

Audit Finds $15 Million in Inappropriate Payments from MassHealth added by Tom Duggan on July 14, 2016
View all posts by Tom Duggan →