By Tom Duggan on April 22, 2016Comments Off on Auditor Bump Finds MassHealth Making Payments to Providers Prohibited by Federal Law 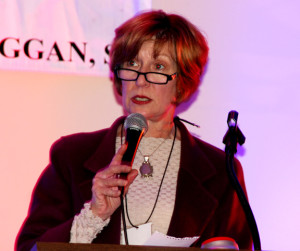 BOSTON, MA — Massachusetts State Auditor Suzanne M. Bump has released the findings of her audit, announcing that MassHealth, the state’s Medicaid program, paid a total of $476,787 for medical services or prescriptions from doctors that are disallowed by federal law from participating in the program.

The prohibition resulted from violations of federal laws and regulations, including convictions related to patient abuse and healthcare fraud.

“In discussions with our colleagues in other states, we learned this is a problem throughout the country so we conducted data analytics to determine whether the problem existed here. That analysis turned up a sufficient level of concern that led us to conduct this audit,” Bump said. “The inclusion of prohibited providers in the MassHealth program represents a violation of public trust. MassHealth must quickly address this issue in order to ensure the safety of program participants.”

Twelve excluded providers submitted and were paid for 5,534 claims for medical services for 1,802 MassHealth members. The majority of these claims ($410,246) were made by Managed Care Organizations (MCOs). Last year, Bump’s office found over half-a-billion dollars in improper payments and potential savings related to MCOs and inadequate protections by MassHealth.

In addition, this audit found MassHealth paid $50,682 for 3,445 pharmacy claims for prescriptions written by seven prohibited providers; 330 of these prescriptions were for Schedule II controlled substances such as opiates and amphetamines.

Bump’s office used their advanced data analytics capabilities to conduct this audit. They obtained federal excluded-provider databases, as well as individual lists of excluded providers from 36 state Medicaid agencies, and compared them to the MassHealth eligible-provider list. The data analysis allowed them to determine whether excluded providers gave treatment or prescribed medication that resulted in payments from MassHealth.

Massachusetts receives a reimbursement from the federal government for 50 percent of most services provided to MassHealth members. MassHealth expenditures account for roughly 38 percent of the state’s total annual budget.

The audit reviewed claims submitted to MassHealth in 2013 and 2014.

This audit is attached.