By Cheryl Hajjar on March 29, 2015Comments Off on Awaken The Genius in Your Child ~ BABIES AND BRIEFCASES 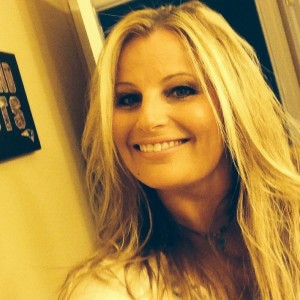 From a young age, we were all asked what we wanted to be when we grow up.

The boys either said a policeman, or a doctor or a lawyer, and the girls usually said they wanted to be nurses and mothers. Respectable callings for sure but where did they get those ideas? They certainly didn’t come up with those on their own. Society tends to emphasize what professions are accepted and which ones are not. It is every parents dream for their child is to grow up, go to med school, get a great job as a doctor, marry, have a family and lead a fulfilled life. But who’s dream is it? and who says it will be fulfilling either?

As a parent of a tween, I see so many children being pushed into certain sports or activities just because their parents want them to pursue it. The “stage” mom, the pop warner “football coach”, both of whom are living vicariously through their child sometimes don’t even realize what they are doing. Believe it or not, often times the child is doing the activity just to fit in , or seek approval of the parent. My son for example is physically built for football. Both his size and his strength for such a young boy was a coaches dream. His father, a former player himself was over the moon when he decided to play football. There was only one problem however. His heart wasn’t in it. He played to impress everyone around him because he was influenced by peer pressure until one day he sat next to me and told me that he didn’t want to play football anymore because he didn’t want to hurt other kids. My gentle giant was brave enough to say what he felt. I wasn’t going to push my child into doing something that he didn’t have a passion for. Although both the coaches and his father were devastated, letting my son make his own decisions allowed him to feel heard and me to not lose sleep at night.

Nothing was more impressive and tear jerking at the Oscars last month than Graham Moore’s acceptance speech, the American screenwriter of The Imitation Game, when he stood at the podium and confessed about trying to commit suicide at the age of 16 because he felt that he was different. What an amazing message for all of us to hear. If it wasn’t for him choosing a different path in life, he wouldn’t have achieved his genius like he has. So how do we encourage our own children to explore their talents and differences?

The first thing we can do is to let your child discover their own interests. Pay attention to the activities they choose. By giving them free time play, it can tell you a lot about where their talents are. Give your child permission to make mistakes. By expecting them to do things perfectly, they will never take the risks necessary to develop or discover a gift. Don’t pressure your child to learn but rather encourage special lessons everyday in the hope of developing their gifts. Sharing your work life is a way of exposing your child to images of success. If you allow them to see you engaging in meaningful activities, it can spark their own passions. Make time for reading, music and talking about their interests and always encourage their creative stories.

Other things you can do is allow your child to participate in community activities that interest them. Town fairs, carnivals or sheep shearing festivals are great activities to awaken their brains. Thinking of your home as a learning place is another way to ignite your child’s genius. Cooking for example is one way to encourage creativity and teach them simple math and science methods simultaneously. Honor your childrens’ creations and awards. Have a designated place for paintings, drawings and trophies will help secure their self worth and esteem. Doing things within your children in their area of interest is a good way to engage with your child. This will show your them that you are encouraging them to pursue what they love. Setting aside time for your child to express their feelings about their day at school, or something that might have occurred at an activity or while they were even hanging out with their friends is key. Having open lines of communication with your child at a young age will set the stage for a great relationship as they get older and the more challenging topics arise.

Encourage your children to be unique, to walk a different path and embrace their passions. The late Steve Jobs in his famous quote said it best, “ Heres to the crazy ones. The misfits. The rebels. The troublemakers. The round pegs in the square holes. The ones who see things differently. And while some may see them as the crazy ones, we see genius. Because the people who are crazy enough to think they can change the world, are the ones who usually do.”