By Tom Duggan on February 26, 2014Comments Off on Award Winning Mob Movie “Boys” Made in The Merrimack Valley Now Available on DVD!!!

In November I had the pleasure of attending a screening of the mob movie “Boys” at The AMC Loews Theater in Methuen.

What I saw was not what I expected.

I assumed in going to see an independent film from a guy born & raised in Lawrence that I would see something decent, however what I saw, blew me away.

The quality of the story, the directing, the acting & yes, even the look of the film raised the bar for not only myself, but for other local filmmakers from The Merrimack Valley as well.

In the last two years since it initially premiered, they have enjoyed several sold out screenings of the movie and taken home six awards from film festivals such as The Beverly Hills Film Festival & The New York International Film Festival, two of those awards were for Best Film & Best Director. 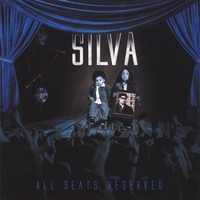 In addition to the film, Silva wrote several songs for the movie’s soundtrack, which I had the pleasure of listening to the day after the screening. I’ll say again, the movie blew me away, but the CD soundtrack made my head spin. If you have not seen this movie or listened to this CD, you absolutely must.

Not only will you be supporting one of our very own Merrimack Valley boys, no pun intended, you’ll be supporting a talent that deserves to go as far as Affleck, Damon & Wahlberg did.

Silva says, for Valley Patriot readers this month only, if you purchase the movie DVD nyou receive two, along with the soundtrack and free shipping.

To purchase now, go to:

boysmobmovie.com and be sure to ask your family & friends to support local talent and do the same.

You won’t be sorry. You can also purchase the film by itself at Newbury Comics in Salem, NH for $14.99 as well. Silva will be performing one or two of the songs from the soundtrack at our very own 10th anniversary bash.

We just can’t wait to see what’s up Silva’s sleeve next. He has committed to attending our tent anniversary BAST inMarch. In the meantime, we’ll continue to sit back and enjoy this mob movie masterpiece. We just hope you have the pleasure of doing the same soon as well.

Award Winning Mob Movie “Boys” Made in The Merrimack Valley Now Available on DVD!!! added by Tom Duggan on February 26, 2014
View all posts by Tom Duggan →