By Cheryl Hajjar on May 17, 2013Comments Off on BABIES AND BRIEFCASES: Can’t Hold Us Down 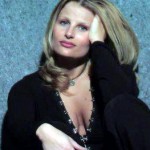 I felt like he was talking to me. My name is Cheryl Hajjar and I am a business owner, a single parent and a lifelong resident of the Merrimack Valley. I am also a taxi cab driver to my 10 year old son, carting him around to his sporting events, piano lessons and sleepovers with his friends. During the week afterschool I am in the homework trenches with him, pulling my hair follicles out one by one while assisting in book reports, tests and projects. My duties also extend to cooking, cleaning, and paying all the bills.

Oh, and did I mention working as a real estate agent to bring an income in? I am convinced that if there was an award for the best multitasker, I would be crowned the champ hands down. On the not so fun side, I have been discriminated against as a single mother when it came to finding housing when my son was a baby, left the father of my son because of his philandering ways and had to return home to Mommy and Daddy at 32 years old with an infant for a brief time, oh joy! I have been sued in federal court by a professional swindler, and have had to deal with many unethical business associates that left me disheartened and wanting to quit, but I didn’t because I was raised a fighter.

You can push me out a window but I’m just going to keep getting back up. I believe in the underdog, karma and an eye for an eye .Why am I telling you all of this? Because I am just like all of you and all I have to say is this, if it weren’t for Heav’nly Donuts coconut flavored ice coffee, I simply do not know how I would make it through my days.

As a young teenager, I knew that I was carved out to be different. Over the next 10 years I did everything from competing in National Fitness competitions, to writing songs in Nashville and Los Angeles. I have also owned and operated multiple businesses including a real estate business, a residential cleaning company, and even a network marketing business. I have met a lot of amazing people and had some of the best experiences, as well as some worst experiences too. Needless to say, this has been quite an adventure.

Currently, I am the CEO of a company called Indigo Magic. My co-founder and cousin, Amy Perreault and I started a children’s project out of a need to help wean my son Dylan off of his pacifier. I had written a nursery rhyme entitled The Paci Pixie in which a small little fairy type character helps the child give up his/her pacifier to the new born babies that need them. The idea developed out of a pure need for my son.

From there, Amy, who owns and operates an in-home day care suggested we write a book to accompany the song. Furthermore, at Amy’s suggestion, we decided to develop other characters such as The Potty Pixie, The Bubba Pixie, The Bedtime Pixie and The Blanket Pixie because in her experience, not all children have pacifier addictions.

Some cannot stop using their bottles or their blankets, so we expanded on the concept. Steven, Amy’s husband and a graphic designer, designed for us in 3D animation software our characters that are featured in our animated short film and books. You will hear Amy’s sister, Lynne Hajjar, sing on all of the songs, audio books and voiceovers for the film.

From the start, this project has been fueled by the immense creative passion that my family has. We combined our talents to fashion a product that has been well received by parents and children, and effective in its purpose. Our company, Indigo Magic as it is known today, started from one simple thought, a solution for my son. You can read more about our brand, The Indigo Pixies and Indigo Magic at: www.indigopixies.com

I decided to write this column because I felt there was a need for it. There is some light that needs to be shed on what exactly is going on in the workforce for women today. It’s not as rosy as the media portrays it, but then again it never is. There are a lot of trends going on, changes happening, and harder decisions that women are needing to make in both their professional and personal lives as we strive for equality in the workforce. Let’s take a look at some facts.

We as women have come along way when you think of where our female ancestors were in the past when it comes to career choices. We have basic civil rights. More and more women are entering the workforce and starting their own businesses than ever before but the fact is the data reveals that even though this might be true, women are still not making it to the top level jobs. Out of 190 heads of state, only 9 are women. In corporate, only 15% of women hold the top executive jobs, and even in the non-profit sector where it is thought that women dominate, only 20% of women hold the top spots. The 2013 data also reveals that for every dollar a man earns, a woman only earns 77 cents for the same job. What happened to the Equal Pay Act of 1964? Apparently, this country’s employers didn’t get that memo.

Also I found this next segment quite disconcerting as well. When asked, men attributed their success to themselves while women most of the time, attributed their success to an external force such as someone helped them or they were lucky. There is something really wrong with this. On average, women feel undeserving of promotions and negotiate far less for themselves than their male counterparts. The messages that we as women are telling ourselves is that we still do not believe we are good enough.

My goals in writing this column is I am hoping to inspire women to raise their hand more in the boardroom, to take a stand for a belief, help create more successful entrepreneurs, and to embrace each other as a community of leaders bound together by both moral and ethical principles. We need to push forward for our daughters, creating a path for them so they are not afraid to use their voices and be heard. I look forward to being on this journey with all of you. I will leave you with one of my favorite quotes: “To be a star, you must shine your own light, follow your path, and don’t worry about the darkness, for that is when the stars shine brightest.

Cheryl Hajjar is a lifelong resident of the Merrimack Valley. She keeps busy by fulfilling her duties as a mother to her young son. She is an entrepreneur and the CEO of Indigo Magic, an interactive children’s company. One of her passions is music, songwriting and classical piano which she incorporates into all areas of her life. You can email her at babiesnbriefcases@gmail.com