By Tom Duggan on September 28, 2016Comments Off on Bedford, NH Police Seeking to Identify Suspected Thief 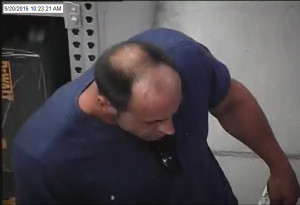 BEDFORD, N.H. — Chief John Bryfonski reports that the Bedford Police Department is seeking to identify a suspect in two reported thefts at the local Lowe’s store.

On Sept. 20, Bedford Police responded to the Lowe’s store on South River Road for a report of two thefts of merchandise that occurred on the evening Sept. 19 and the morning of Sept. 20. A loss prevention officer at the store reported that a white male had been seen entering the store on both occasions, leaving with a pair of expensive battery-powered tool sets each time. 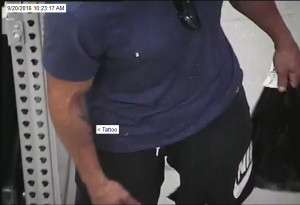 The suspect was wearing a blue t-shirt and black shorts during both incidents. He also has tattoos on his right forearm and upper left arm.

If anyone recognizes this individual or has any information, they are asked to contact Bedford Police at 603-472-5113. 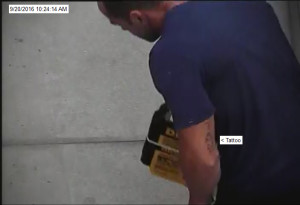