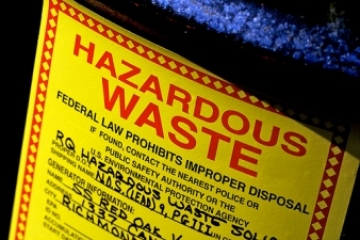 BOSTON – The Massachusetts Department of Environmental Protection (MassDEP) has issued an $11,647 penalty to 123 Central Ave. Realty Corp., the owner of a former metal plating facility in Ayer, for failing to notify MassDEP within the timelines established under the Commonwealth’s hazardous waste site cleanup regulations of a release of hazardous materials. The Billerica-based realty company also made false and misleading statements in a submittal made to MassDEP.

The light industrial property at 123 Central Avenue in Ayer was operated as an electroplating facility from 1969 to 2003. The facility was serviced by an on-site septic system until it was connected to the municipal sewer system in December 1983. The hazardous wastes impacting the environment were discharged through the septic system.

123 Central Ave. Realty Corp. obtained knowledge of a release of heavy metals, such as cadmium, chromium, lead and nickel, to the groundwater when it acquired the property in June 2001, but failed to notify MassDEP of this release until May 16, 2011. In its notification form submitted to MassDEP, 123 Central Ave. Realty Corp. incorrectly stated that it had only obtained knowledge of the release in February 2011.

Following negotiations, 123 Central Ave. Realty Corp. agreed to a consent order for failing to notify MassDEP within 120 days of its knowledge of the hazardous materials release and for making false or misleading statements in a submittal to MassDEP. Under the terms of the order, MassDEP suspended $5,847 of the penalty to assure completion of the work in accordance with the regulations.

“The timely notification of oil and hazardous material releases to MassDEP is the foundation of the privatized waste site cleanup program,” said Lee Dillard Adams, director of MassDEP’s Central Regional Office in Worcester. “When a release is discovered, it is in everyone’s best interest to get the cleanup process started as quickly as possible, beginning with notification to MassDEP within the established timelines.”