By ValleyPatriot on June 30, 2016Comments Off on Bill’s TV Talk Mailbag ~ TV TALK with BILL CUSHING 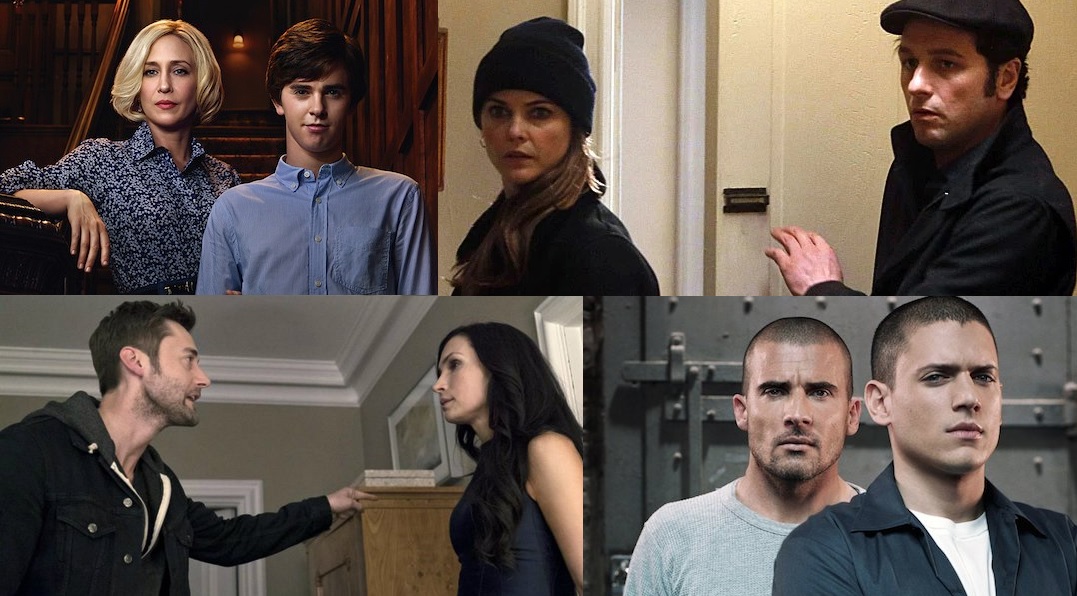 Hi Bill, I enjoy your column. Season 4 of Bates Motel was amazing! I’d love it if you can give me any scoop on Season 5? – Kelly R., Nashua, NH

Thanks Kelly. I agree, Bates Motel was pretty great this season. I do have a little bit of news for season 5.Producers are currently looking for an actress to play Marion Crane. If you know your Psycho history, you’ll know that Marion Crane was killed by Norman in the famous shower scene from the film. Producers have said that once the events in the series reach the events in the film, the series will end. This is a further indication that Season 5 will be the final season.

I’ve been hearing that 2 of my all time favorite shows, Prison Break and 24, are coming back. I hope this is true. Can you tell me anything about them? New or a continuation? Original casts? Please tell me! – Diane A., Salisbury, MA

It’s true Diane. Prison Break and 24 are indeed returning to TV. For Prison Break, it will be a continuation of the original series and all the original cast is returning. I won’t give too much away but let’s just say that the roles are reversed this time around in regards to Michael and Lincoln. Fans of the original series will know what I mean by that. The series will be back sometime in early 2017 on Fox. As far as 24 is concerned, if you were hoping for Kiefer Sutherland to return to his role as Jack Bauer, I’m sorry to disappoint you. 24: Legacy will not feature Jack Bauer. It will center on a whole new series of characters and it premieres after the Super Bowl in February on Fox.

From watching the last few episodes of The Blacklist this season, I began to wonder how Tom will fit into the storyline next year? What can you tell me? – Rob P., Lawrence, MA

Rob, the simple answer is that Tom won’t fit into storylines on The Blacklist next season. That’s because the characters of Tom and his mother Scottie are getting spun off into their own series. Blacklist: Redemption will star Ryan Eggold as Tom/Christopher, and Famke Janssen as Scottie. NBC describes the spinoff this way… “Undercover operative Tom Keen joins forces with Susan ‘Scottie’ Hargrave, the brilliant and cunning chief of Grey Matters, a covert mercenary organization that solves problems governments don’t dare touch.” Blacklist: Redemption premieres this fall on NBC.

I think that The Americans is the best series on TV right now. But I hear it might be in danger of getting cancelled. Please tell me that’s not true! – Jo-Ann, Methuen

Jo-Ann, I have some good news and some bad news. FX recently renewed The Americans for seasons 5 and 6.That’s the good news. The bad news is that season 6 will be the shows last season. Season 5, which will air in 2017, will consist of 13 episodes and the final season, airing in 2018, will be 10 episodes. FX’s president of original programming Eric Schrier said, “Through its first four seasons, critics have lauded The Americans as one of the best shows on television and, remarkably, a series that keeps getting better every year. We have no doubt that this two-season order will allow Executive Producers Joe Weisberg and Joel Fields to tell this story to its perfect conclusion.” Also, just a little tidbit, series stars Keri Russell and Matthew Rhys aren’t just a couple on TV, but also in real life. They just had their first child together.

Ok that’s all for this mailbag everyone. I appreciate all of the questions I get. Keep them coming!
If you have any questions about TV you can email me at BillsTVTalk@gmail.com. I will answer all of your questions and will feature some of the questions I receive in a future Mailbag column.