By ValleyPatriot on June 3, 2022Comments Off on Bill’s TV Talk Mailbag ~ TV TALK with BILL CUSHING 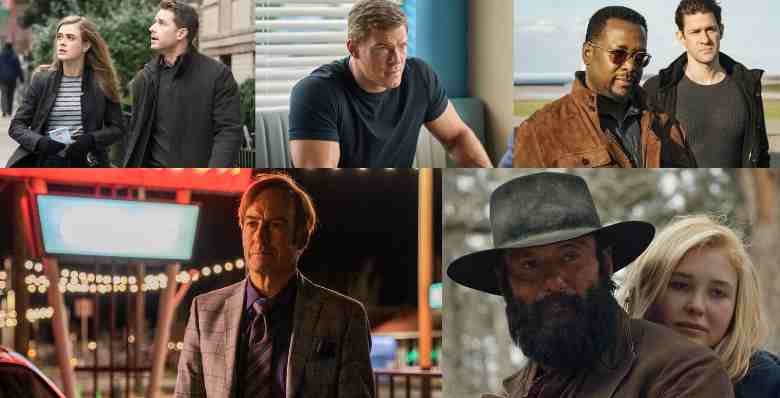 ‘Manifest’ has become a favorite show of mine. Have we seen the last of it? Or will there be more seasons? – Kristina from Hampton, NH

After being cancelled by NBC, ‘Manifest’ was saved by Netflix. A 4th and final season is in the works. Word is that it will be released in several parts and the plan is for it to premiere sometime in the last quarter of 2022.

I really enjoyed ‘Reacher’ on Amazon Prime and liked reading your column about it. Can you give me any updates on Season 2? When can we expect it? Will any cast members from season 1 be returning? Thanks. I love your column – David from Haverhill

Thanks David. I appreciate the kind words. ‘Reacher’ is definitely coming back for a second season. The plan is to begin filming later this year for an early to mid-2023 premiere. When asked about Season 1 characters returning, showrunner Nick Santora said, “You never know if a character might come back.” However, also adding, “Reacher is not a character who runs around with an entourage. He’s a lone wolf, so you have to stay true to that.”

Can you tell me what the plan is for ‘Better Call Saul’ and its final season? Are they breaking up the season into parts (I hate that)? And if so, are we going to have to wait a long time for the final episodes? – Ann from Chelmsford

Ann, I couldn’t agree more. I don’t like it when a network stretches out a shows final group of episodes just so they can get an extra “season” out of it. Unfortunately, AMC will be doing just that with ‘Better Call Saul.’ The first group of episodes that are currently airing will wrap up on May 23. Luckily, we won’t have to wait long for the final batch of episodes. The show will return on July 11, with the series finale airing on August 15.

I’m a big fan of ‘Jack Ryan’ on Amazon. I haven’t seen any new episodes in 3 years. What happened? – Sandra from Lowell

Hi Sandra, ‘Tom Clancy’s Jack Ryan’ suffered many pandemic related delays after its 2nd season aired in October of 2019. However, I have some good news for you. Season 3 has now been completed and Amazon says that you can likely expect the show to return sometime this fall. More good news is that the show has been renewed for a 4th season and production on that 4th season is already underway.

Bill, I have a question about ‘1883.’ I really liked it a lot, but I’m hearing that the show will not be back for a 2nd season. Can you explain what happened? – Charles from Amesbury

‘1883,’ the prequel to the hit series ‘Yellowstone’ will only be a one season show unfortunately. It was announced after the series ended that it would not be returning. Instead, the Yellowstone universe will continue with a new series called ‘1932.’ This will be a continuation of the story of the Dutton family. However, there is no word on when that series will premiere.

That’s it for this mailbag. Thanks for all the questions and keep ‘em coming!
If you have any questions about TV, you can email me at BillsTVTalk@gmail.com. I will answer all of your questions and will feature some of the questions I receive in a future Mailbag column.