By ValleyPatriot on November 30, 2015Comments Off on Blaming Doctors to Protect Mexican Drug Lords 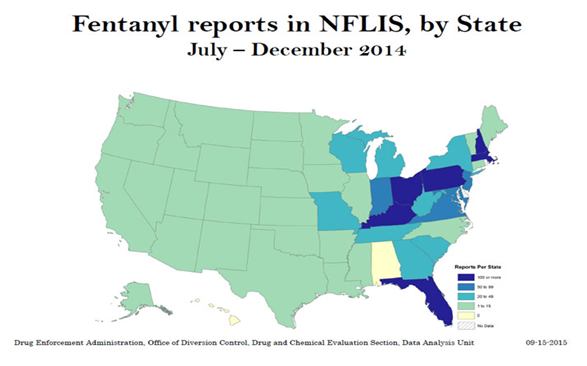 The Obama Administration has to this minute not denied documents furnished to federal courts documenting that the Sinaloa drug cartel are officially supported by the Department of Justice and officially coordinate with the highest rungs of power within law enforcement exactly as James ‘Whitey’ Bulger did for years. HERE

The DOJ prosecutor who allowed the Sinaloa cartel’s bankers at HSBC to escape prosecution and 30-year prison terms is now the Attorney General for the United States. AG Loretta Lynch was in the Boston area this month to headline a shindig aimed at hiding the fact that the Sinaloa cartel now manufactures oxycodone pills and fentanyl powder in Mexico then distributes them throughout the Northeast. See map.

In order to hide this clear economic reality behind why our loved ones are overdosing at a high rate, we now have an official push to blame doctors for this drug epidemic.

The Government storyline is that it is America’s doctors who are responsible for the huge numbers of oxycodone pills now sold on every street and not the Sinaloa cartel.

AG Lynch flew in from Washington, DC to ensure this storyline got respect and distribution.

The shindig was pointedly held at the Massachusetts Medical Society and was locally supported by Massachusetts AG Maura Healey who stood up and blamed sick people who take pain medicines for not being willing to face even the slightest adversity and just suck it up, you know, like healthy professional athletes.

Throughout the 4-hour event, there was not a word about the Sinaloa cartel or the huge importation onslaught; until

Dr. Barbara Herbert stood up. Why is it, she asked, that we in Massachusetts are in the lowest 20th percentile in giving pain medicine to our patients, but in the top 20th percentile for overdose deaths?

Silence broke out and stayed for many long uncomfortable minutes. I was instantly reminded of that great George Orwell essay about Progressives suddenly becoming uncomfortable with one of their own still condemning Hitler after Stalin signed his peace pact.

Dr. Herbert then added to the Government’s discomfiture by saying that her patients have been telling her about freight truck rest areas along highways where they go to buy oxycodone pills and fentanyl from out-of-state trucks.
Attleboro Police Detective Kevin Fuoco then stood up and declared forthrightly what neither the feds nor Maura Healey’s office had the integrity to declare – “I can tell you where the prescription pills are coming from. They are entering Massachusetts from Providence via I-95! And they are coming to Providence via our ports! And thanks to decriminalization of marijuana possession, we no longer have any informants so we have almost ZERO INTERDICTION!”

May the Good Lord forever bless Detective Fuoco and Dr. Herbert and keep them safe.

Massachusetts’s patients already are being ill treated by compliant loyal doctors for suffering from pain. My own patients have been condemned and neglected.

One patient went to the Whidden Hospital ER with a severe hernia that ballooned painfully out of her belly and was thrown out by modern team-spirited doctors who wrote in her electronic medical record that she was simply seeking opiate drugs. Her sister wisely drove her straight to MGH where traditional surgeons rushed her into the OR and operated immediately, thereby saving her from a lifetime of changing a stoma bag.

We get lectured constantly by progressive physicians and psychiatrists about not stigmatizing addiction. Funnily, that does not seem to apply to pain clinics who stigmatize pain patients every single day.

An MS patient of mine was thrown out of her pain clinic because she did not show up in the morning as demanded one day. She was in the middle of an MS attack and could not get out of bed at all, but this did not matter to the pain clinic who fired her for non-compliance.

If only pain patients would declare themselves to be drug addicts, all of Massachusetts would stand up and clap, applauding their bravery.

Thanks to the Government’s official stamp of approval for doctors stigmatizing pain patients and actively defaming the doctors who care about pain patients, this is only going to get worse. As the Sinaloa cartel sells more oxycodone and fentanyl, perhaps even moving it around in ambulances, the more doctors are going to get blamed.

And the Sinaloa drug cartel is going to rake in more money and spread it around the Government of Massachusetts along with oxycodone and fentanyl. See map.

Bharani Padmanabhan, MD PhD is a neurologist who specialises in multiple sclerosis in the Boston area. scleroplex@gmail.com