But Wait … What About the Children?

By Christine Morabito on March 20, 2013Comments Off on But Wait … What About the Children? 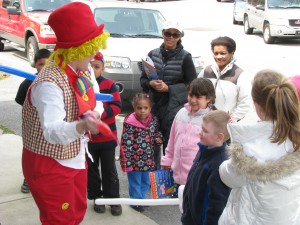 Prediction: Massachusetts lawmakers will be consulting their tattered playbooks to make a 50 cent tax increase on cigarettes more palatable. Every time this increase is proposed, politicians declare the new revenue is for the children, who will benefit from smoking prevention and smoking cessation programs.

When it comes to funding such programs, states have a long track record of failing our children. Based on data collected since the 1998 State Tobacco Settlement, most states have broken their promise to dedicate collected funds to alleviate some of the public health problems caused by tobacco use. States are due to collect $246 billion over the first 25 years of the settlement. It is important to point out that this money is in addition to the billions in revenue collected by states from tobacco taxes ($2.51 for a pack of cigarettes in MA). Given the amount of money available, there is no excuse for states to be neglecting these programs.

The Commonwealth is among the worst states, rated number 36, spending a mere 4.6 percent of the Center for Disease Control’s recommended amount on tobacco prevention programs. Of the $821 million in tobacco generated revenue for fiscal year 2013, Massachusetts will spend only $4.2 million instead of the $90 million recommended by the CDC. This is according to a report issued by the Campaign for Tobacco Free Kids, American Heart Association, American Cancer Society Cancer Action Network, American Lung Association, Robert Wood Johnson Foundation and Americans for Nonsmokers’ Rights.

Massachusetts began its Tobacco Control Program (MTCP) in 1993, funded by a cigarette tax increase of 25 cents a pack which passed as a ballot initiative. In 1996, Howard K. Koh, who served as Commissioner of Public Health, reported, “The tax has since generated millions of dollars for tobacco education and control programmes, leading to acceleration of the decline of tobacco consumption in the state.” This program was later supplemented by the above tobacco settlement funds. By 2003 the program suffered devastating cuts and was almost eliminated. In FY2008 funding increased to $12.75 million — along with a dollar tax increase for a pack of cigarettes. Since then MTCP has been slashed again by 65 percent.

Other states are not doing much better. Only two states – Alaska and North Dakota — fund prevention programs at the recommended level, and three states — Delaware, Wyoming and Hawaii — fund programs at 50 percent of the recommendation. In 2013, New Hampshire, New Jersey, North Carolina and Ohio spent no state money on prevention programs. Incidentally, most of the tax revenue and settlement money received by the states goes directly into their general fund.

In Massachusetts an estimated 6,700 children under the age of 18 become new smokers every year and about 14 percent of high school kids smoke. According to the CDC, young people are especially sensitive to nicotine and often become dependent earlier than adults. Three out of four teen smokers end up smoking into adulthood. Clearly, we can do more to protect our children from these dangerous statistics.

The state has the money, but not the priorities. Besides the aforementioned funding, the state receives additional money from Washington to prevent our children from picking up the habit. The Commonwealth has been given 2.6 million federal dollars from the Food and Drug Administration, from CDC grants and from the Affordable Care Act, specifically for tobacco prevention and control. What happened to all that money? (Here’s a hint: The state’s $24 billion unfunded pension liability ain’t gonna pay for itself.)

Tobacco use is the leading preventable cause of disease and death, costing U.S. taxpayers $96 billion a year. The estimated annual health care costs in Massachusetts directly linked to smoking are $3.54 billion. When the Obamacare debate was raging, politicians testified that their biggest priority was saving lives and making health care affordable. Either we are serious about lowering health care costs and protecting our children or we are not. I would hate to think all that partisan rhetoric was just about the money.

Massachusetts already has the ninth highest cigarette tax in the country. Thankfully I am not a smoker, but if I were, and Beacon Hill asked me to reach into my almost empty wallet, I’d ask them if they plan to keep their promise to our children.

Broken Promises to our Children