By Tom Duggan on September 16, 2019Comments Off on Candidate Cries Foul on Absentee Ballots – Daughter’s Ballot May Not Count 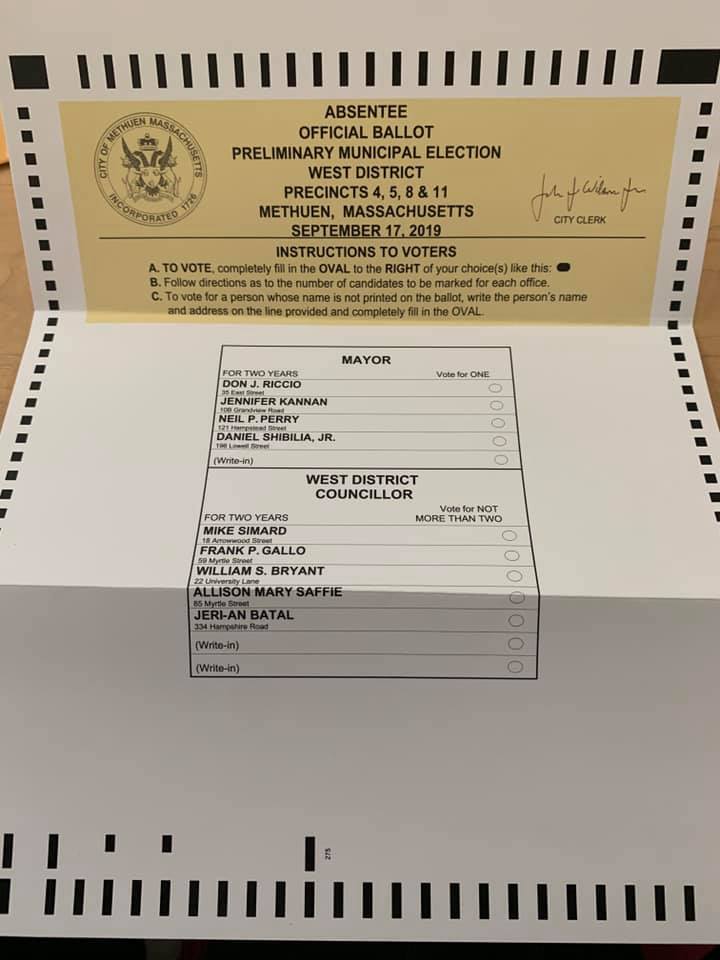 Faretra says his daughter received her absentee ballot on Saturday, September 14th and was unable to complain or get a new ballot until Monday (the day before the election) since city hall was closed.

Methuen City Clerk Jack Wilson told The Valley Patriot that the incorrect ballot Hanna returned with her fathers name written in for district council will not count because it was the wrong ballot but that she was mailed out a new ballot and if  she can hand deliver it by 7pm tuesday her new ballot would count.

The problem is that the election is tomorrow and it is physically impossible to get the new ballot by today, mail it back and have it arrive in time to be counted for tomorrows preliminary election where her father is a candidate.

“I have two concerns,” Joel Faretra told The Valley Patriot. 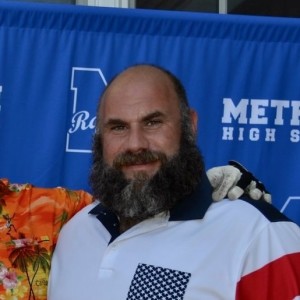 “One, are there other mistakes that we don’t know about? The larger one is how they screwed up and their only way to try to fix it is over-nighting her a ballot and thinking it can get from Kingston R.I. to the Timony School by 7pm tomorrow.”

“[City Clerk] Wilson said they won’t count the one she mailed back with my name written in because it’s the wrong ballot. No kidding! They sent her the wrong one!”

City Clerk Wilson said that the incorrect ballot was human error and that it has happened in the past but he does not see any pattern of incorrect ballots going out to voters.

“I’m employing the same system that’s been in place for decades. As you know this is my first election as city clerk so, what I am trying to do is look at each element of responsibility with the staff. My experience in municipal government is to view the system, assess the system, and if we see gaps that warrant improvement with regards to processing absentee ballots, build in  better safeguards to stop that. There’s no indication of any other voter got incorrect ballots or that there’s a pattern here. It was a legitimate mistake.”

Wilson said that the city has set out 258 absentee ballots and have received back about 175.

Faretra says that he is concerned this may not be human error at all.

“It’s the perception. I’m the new guy with no politician ties who runs and right out of the gate they screw me,” he said.

“Now it’s personal,” Faretra says. “My daughter called city hall and they told her ‘we already talked to your dad, maybe you should call him’ and they hung up on her.”

But Wilson says that the woman Hanna Faretra spoke with did not hang up on her but, it was the other way around. “No, no, she wasn’t hung up on at all,” he said.

Faretra is one of five candidates running for Central District City Council. Four will be nominated tomorrow, Tuesday the 17th. Two candidates will be elected in the November final election.

Candidate Cries Foul on Absentee Ballots – Daughter’s Ballot May Not Count added by Tom Duggan on September 16, 2019
View all posts by Tom Duggan →