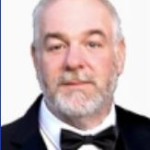 He wasn’t famous, he never ran for office, and he had no interest in being thanked for the work he did in the community. But Mr. Clegg made a difference in many people’s lives. He was often seen stopping on the side of the road to feed a homeless person, breaking up a fight on Essex St. or building a wheelchair ramp for a local WWII veteran. 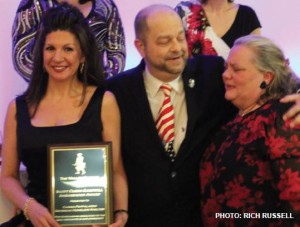 Carina Pappalardo is the head of the Gr. Lawrence Psychological Center and oversees the Daybreak Homeless Shelter as well as several other services like the Pegasus House for women. Carina gets no help from the City of Lawrence, no funding from the federal government and a very small amount of funding from the state.

Given the minimal resources she has to work with, Pappalardo manages to service 55 homeless individuals every night at Daybreak and is over capacity every night. She also partners up with local organizations and detox centers to help addicts get clean, works with local landlords to help those in need get transitional housing.

This year it was an easy choice for the Valley Patriot BASH committee to honor Carina Pappalardo with our Scott Clegg Goodwill Ambassador Award.

Mike Gorman and the Kids of TMF

While Lawrence’s elected officials completely ignore the plight of more than 200 homeless people in the city of Lawrence, and have done nothing to try and solve the large number of addicted people living on the streets, a group of young people from Lawrence banded together and decided to step up to the plate.

For months, the volunteers at TMF served a family dinner for the homeless at the Buckley Garage on Common St. in Lawrence. But, they didn’t just serve food. They partnered up with Tewksbury Detox and other organizations to help get addicts off the streets. They spent countless hours talking to homeless people and finding out their unique and individual needs. Then went out and found others to help fulfill those needs.

They enlisted help from local restaurants, church groups, and off duty workers in the social service industry.

While Michael Gorman is the leader of “The Movement Family” the work they have done for those most in need in Lawrence has been a team effort by everyone in their all-volunteer organization.

Our local politicians can learn a lot from the young adults in TMF. Having meetings and talking about the problem solves nothing. Going out and doing something DOES. The Valley Patriot BASH committee was honored be able to give this year’s Scott Clegg-Goodwill Ambassador Award to Mike Gorman and the volunteers at TMF. ◊