By Tom Duggan on February 1, 2021Comments Off on Cellist Gwen Krosnick will perform on Valentine’s Day 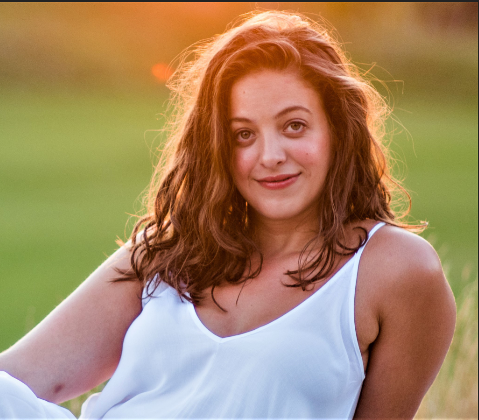 Cellist Gwen Krosnick will perform on Sunday, Feb. 14, at 4 p.m. at the Unitarian Church, 26 Pleasant St., Newburyport, the second of four concerts in the 2021 Jean C. Wilson Music Series. Due to the pandemic this year, for the very first time, the series will be virtual.

The four concerts will be live-streamed from the church sanctuary at 4 p.m. starting on Sunday, Jan. 31, and then held every two weeks through to Sunday, March 14.

“You can see it at exactly the same time as it’s occurring,” said John Mercer, member of the Jean C. Wilson Music Series, “or for a limited time after the concert. The concerts will not be pre-recorded and edited so this will be as close as we can get to the excitement and immediacy of a live concert.”

The other concession to the pandemic will be the music itself, and keeping the musicians safe as they perform in the church sanctuary. All four concerts will be solo performances.

This will be Gwen Krosnick’s third appearance at the series. About her presence and music-making, the Boston Globe wrote, “The concert’s lodestar was the cellist Gwen Krosnick . . . who played gorgeously throughout and looked as though there was no place on earth she’d rather be.”

Her 2021 program in Newburyport will feature a menagerie of vividly personal approaches to writing for solo cello: unaccompanied works of Bach, transcribed and originally written for the violin (including the mythic and breathtaking Chaconne); virtuoso concert etudes and caprices by 19th-century cellist-composers (Duport, Servais, Piatti); and three miraculous 20th-century works – a brilliant Baroque Suite and two luminous character pieces, respectively – by the great American composers Dorothy Rudd Moore, Elliott Carter, and Jeffrey Mumford.

The series will continue with organist Raymond Hawkins on Feb. 28, and harpsichordist Sylvia Berry on March 14.

The Jean C. Wilson Music Series is named for one of the founders of the music series and its director for many years. Now, under the auspices of the First Religious Society Unitarian Universalist Church, the series offers three or four concerts each year during the winter months.

This year concertgoers will receive links to the performances and, if they wish, email reminders. For further information about the concerts, to become a sponsor, or to purchase tickets for individual performances, go to www.bit.ly/wilson_series