By ValleyPatriot on April 25, 2019Comments Off on Chelmsford’s Mike Miskell, Another Local Member of Patton’s 3rd Army – VALLEY PATRIOT OF THE MONTH 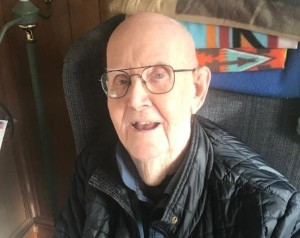 Chelmsford’s Mike Miskell, like many of the men and women who served during World War II, formed a lifelong friendship with another soldier they served with during the war.

Mike was with York, Pennsylvania’s George Meanor, a Technical Sargent in his unit, the US Army’s 217th Artillery.

The two served together in the European Theater during the war. It was in Combat, in the European Theater, that a lifelong bond started between the two soldiers. After the war, they attended each other’s family weddings, retirements, and often vacationed together. Mike and his late wife Elizabeth were married over forty years. The couple had three sons and a daughter, two of which I met with. They also have six grandchildren and one great grandchild.

Born July 25, 1922, and growing up with a brother and two sisters, Mike was drafted into the US Army shortly after Christmas in 1943. He completed his training at Camp Davis in North Carolina. In late December 1940, the United States Army built Camp Davis to be used to train anti-aircraft artillery. Camp Davis was attached to the First Army, Fourth Corps Area. It was an expansive facility consisting of more than 3,000 buildings on 45,538 acres (184 km2) with access provided by newly built railroad spurs leading into the camp.

Between 1942 and 1943, two 5,000 feet paved runways were built for Camp Davis Army Air Field. Part of the runway for the airfield was built through one of the old Civil War fort’s walls. Camp Davis runway known as 5/23 was wider, and was intended for use by transports, while runway 19/01 was narrower and intended for use by single-engine aircraft. Most of the aircraft operated from Camp Davis runways were single-engine aircraft used to tow targets for the anti-aircraft artillery units. Who did the very dangerous job of towing the men’s practice targets? According to the home page of the 225th Anti-Aircraft Artillery, (the Sky Lighters) the legendary Women Air Force Service Pilots towed targets at Camp Davis. 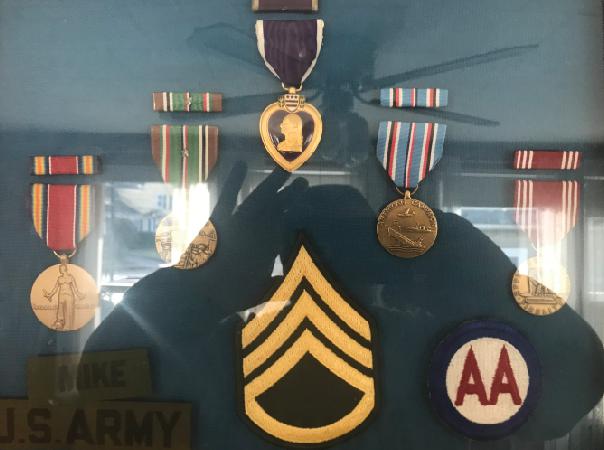 At least two of the female pilots were killed in flying accidents there during World War II. Mabel Rawlinson came to the Camp Davis Army Air Field right after primary training in Texas in 1943. Her assignment was to tow targets behind her plane so antiaircraft gunners could practice. Additional training required flying at night and on one of these flights mechanical problems forced the place down. It hit some pines trees that surrounded the field and nosed in, the plane caught fire and she was trapped inside.

The other WASP pilot killed during the training of Mike’s Anti-aircraft unit was Betty Taylor, who was killed in a landing accident. She had come here from Texas, too, after primary flight training in 1943, to tow aerial targets. She and her passenger, a chaplain, both died when the plane went into a spin and hit the ground after a sudden application of engine power during an aborted landing attempt. Also used as an Allied POW Camp, during World War II, Camp Davis housed German prisoners of war. In 1944 the anti-aircraft training facility was transferred to Fort Bliss, and in 1946, Camp Davis was closed.

The 217th Artillery was part on General George Patton’s 3rd Army. After deploying from Camp Davis North Carolina, the unit served in England, France, and Germany. It was with the 3rd Army, attached to the 44th Infantry, Mike received the only medal that no soldier wants, the Purple Heart. Mike was wounded fighting in Europe. One of the officer’s in Mike’s Unit, the 217th Artillery, John Landers earned the Distinguished Service Cross (a medal second only to the Medal of Honor for bravery) Lt. Landers was also one of only ten American servicemen to earn the British Military Cross.

Mike had two very interesting careers after the war, working 20+ years at Framingham Women’s Prison and later retiring a second time from the US Post Office. He still lives in Chelmsford in the home he raised his family. A proud member of the Greatest Generation.

Please support all our Veteran’s by attending the US Coast Guard Band’s Sunday April 7th Performance at Timberlane HS at 2pm. The Dracut American Legion’s Comedy Night on Saturday April 13th at 7pm at the Dracut American Legion. The Town of Andover’s Run for the Troops on Sunday April 28th 8am at Andover Town Hall. The Lawrence Vietnam Memorial Scholarship Dance on Saturday May 4th at 7pm at the Relief’s Inn. Most important of all, take your family to help change the American Flags on our Veteran’s graves, your town’s Veterans Services Officer has more information on this, simply phone them, but usually done on either Saturday May 18th or Saturday May 25th.

John Cuddy served in the US Navy’s Construction Battalions (known as the Seabees) after retiring from the US Navy; he used his GI Bill and earned a BA in History and an MA in Economics from the University of Massachusetts on the Lowell Campus. For the last twenty-two years, he has been employed in Logistics at FedEx. If you know a World War II Veteran who would like their story told, please email him at John.Cuddy@Yahoo.com

Another Local Member of Patton’s 3rd Army, Chelmsford’s Mike Miskell, Hero in our Midst, Valley Patriot of the Month