By ValleyPatriot on August 25, 2013Comments Off on Chronically Sick and Don’t Know Why? – By: Dr. Jin Sung 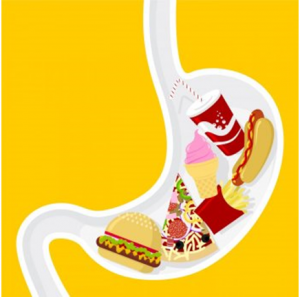 Leaky Gut Syndrome (LGS) may be a major contributor of disease and dysfunction and may account for a very large component of many chronic complaints.

In LGS, the lining of the small intestine becomes inflamed and irritated allowing metabolic and microbial toxins normally kept within the small intestines for passage into the colon to enter the blood stream. In technical terms this is called increased intestinal permeability. This results in involvement of the liver, lymphatic system, and immune response (which includes the endocrine system) to react in a protective response rather than a healing response.

Leaky Gut Syndrome is a very common problem of modern society in part because of antibiotics and non-steroidal anti-inflammatory drugs (NSAIDs), like Motrin, Advil, Aleve, Vioxx, etc. While this discussion is not going to focus on the pros and cons of antibiotics or NSAIDs, both damage the natural balance the bowel requires to operate optimally.

Antibiotics damage the bowel environment in two ways. The first is by destroying beneficial bacteria. The small intestine and large intestine host over hundreds of different kinds of beneficial bacteria. These bacteria are vital for healthy metabolism and immune response within the intestines. Through their enzyme secretions, bacteria transform metabolic and microbial wastes before they are discharged by the body. These wastes include cellular debris, hormones, chemical wastes, bile, pus, viral toxins, bacterial toxins, etc.

For example, the body creates bile not only as a lubricant to flush wastes out of the liver, but also, by its cold and bitter nature, to detoxify many of the poisons accumulating in the liver. Bile however is extremely caustic to large intestine epithelium.

When bile enters the small intestine via the common bile duct, beneficial bacteria break the bile salts down into a less caustic compound, making it safe by the time it reaches the large intestine. Antibiotics destroy these bacteria and thus allow bile salts to enter and damage the large intestine. Perhaps this may explain the high incidence of colon cancer.

Beneficial bacteria also metabolize hormones (ex: estrogen) discharged from the liver into the small intestine. If you lack the bacteria to break down estrogen and the intestinal permeability has been altered, the patient is now reabsorbing estrogens. The extra estrogen binds to sensitive areas such as the breast, uterus, or ovaries, contributing, if not causing, fibroids and tumors. Many forms of premenstrual syndrome are due to relative estrogen excess.

The second way antibiotics damage the intestines is by promoting the growth of Candida and other fungi and yeast. This event, more than any other, precipitates Leaky Gut Syndrome. In a healthy situation the small intestine epithelium maintains tight cell junctions, which contributes to the physical barrier involved in intestinal absorption. In other words the cells are kept close together so nothing can penetrate between them. Candida exudes an aldehyde secretion that causes the cells ling the small intestine (epithelial cells) to shrink. This allows intestinal toxins to pass by the epithelium and enter the tissues and blood. In addition to the physical barrier, there is an important chemical barrier within the mucus that contains immune agents which neutralize any toxin that comes in contact. This mucus-immune barrier remains as the sole defender, which eventually becomes overwhelmed.

Although many people believe Candida itself enters the blood stream allowing it to be deposited elsewhere, such as the brain, unless the immune response is completely depleted, as in AIDS, Candida is quickly destroyed in the blood. The real damage done by Candida is to the intestinal epithelial barrier, allowing the absorption of toxins agents and chemicals, which then enter the blood and affect numerous organs, including the brain.

When the integrity of the intestinal barrier has been compromised, intestinal toxins are not the only pathogens to be absorbed. The barrier, in a healthy state, selectively allows digested nutrients to enter through the small intestine. With leaky gut, nutrients can be absorbed before they are fully digested. The body’s immune response, through specific antigen-antibody markers (the food IgG test), will identify some of these foods as foreign invaders. Every time that particular food contacts the lining of the intestines, an inflammatory immune response is mounted that further damages the epithelial lining. What started as an irritation from yeast with shrinking of the cells has now been complicated with active inflammation every time a particular food is eaten. Food “allergies” become a common secondary contributor to maintaining the leaky gut, even after the yeast is eradicated.

The most common food allergies are dairy, eggs, gluten grains (wheat, oats, rye), corn, beans (especially soy), and nuts. It is uncommon to have an allergy to meat, rice, millet, vegetables, or fruit. When an IgG antibody to a food are detected, it is important distinguish a real allergy – that which causes a histamine inflammatory reaction – from sensitivity, which may cause uncomfortable symptoms, but seldom is damaging. Sensitivities are usually due to low stomach acid or pancreatic enzyme secretion, that is, poor digestion.

In healing the intestinal lining, exposure to a food that stimulates a significant allergy can sabotage the treatment. For example, one may be very good at restricting wheat, dairy and eggs, but if you are allergic to soy and you use soy milk. For this reason, food allergy testing can be a beneficial guideline on what foods to avoid initially.

Dr. Jin Sung is a chiropractic physician who helps his patients both neurologically and metabolically to solve complex health issues. He can be reached at 978 688-6999. Or visit his website at www.DrJinSung.com.