‘City On A Hill’ ~ TV TALK with BILL CUSHING

By ValleyPatriot on April 1, 2021Comments Off on ‘City On A Hill’ ~ TV TALK with BILL CUSHING 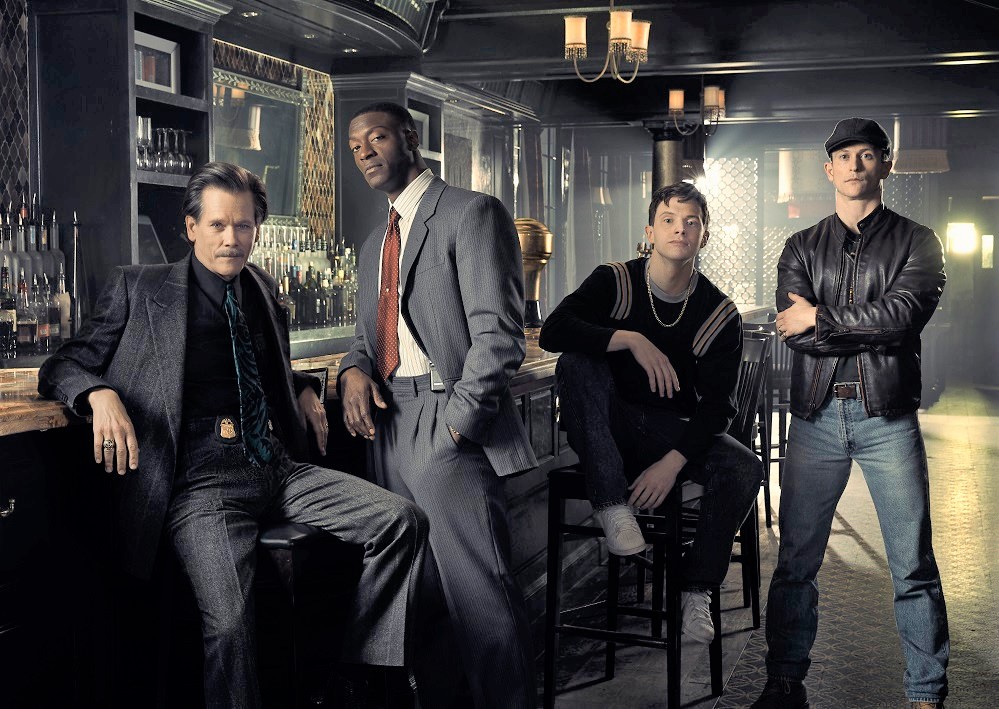 Showtime’s ‘City ON A Hill’ is a gritty crime drama set against the backdrop of 1990’s Boston and stars Kevin Bacon as wayward FBI Agent Jackie Rohr. Jackie appears to be well known throughout all levels of the law enforcement community. Let’s just say his reputation precedes him. He’s a corrupt, adulterous, drug using agent who is still considered somewhat of a legend in Boston for playing a major role in taking down an organized crime family ten years earlier.

Jackie, with his slicked back hair and sleazy mustache, is someone who lives as much in the world of the wise guys as he does in the world of law enforcement. Jackie feels like he runs the city, and in a way he does. But the winds of change are blowing. Boston’s new assistant DA is Brooklyn-born Decourcy Ward (Aldis Hodges), and he’s a key player on a committee tasked with making crooked cops pay.

It doesn’t take long for Decourcy to understand that he’ll need allies within law enforcement if he’s going to make any progress. You would think that Jackie would be the least likely candidate to be that ally. But Jackie made his name a decade earlier by busting a mafia network, and he casts a long shadow over lowlifes and law enforcement alike. He knows his way around bad guys, because quite frankly, he is one himself. Rohr and Decourcy are soon forced to work together to solve a string of robberies, including one that has left a crew of an armored truck missing and presumed dead.

The show also presents the story from the side of the criminals. Frankie Ryan (Jonathan Tucker) and his untrustworthy brother Jimmy (Mark O’Brien) were the part of the team to commit the armored truck heist. Frankie is the brains of the operation and Jimmy is the liability. We get to see the crime from their side and how it effects their lives and the lives of their families.

Bacon, Hodges, and Tucker are terrific as the 3 male leads on the show. But while it may seem that the show is structured as a familiar, male-dominated cop show, that can be misleading. ‘City on a Hill’ has some very strong female characters that are very prominent people in the lives of the male characters. We see very strong scenes from some top-notch actresses, including, Jill Hennessy as Jackie’s beleaguered wife, Lauren E. Banks as Decourcy’s partner, Sarah Shahi as a tough investigator assigned to help out on Decourcy’s case, and Amanda Franklin as Frankie’s wife Cathy.

The city of Boston clearly plays a major role in the production and the show captures that setting remarkably well, filming in and around the city. Boston’s own Matt Damon and Ben Affleck serve as producers on the show and help give the show its authentic Boston feel.

Along with Affleck and Damon, ‘City On A Hill’ has an equally impressive lineup behind the scenes. Tom Fontana, the creative force behind such shows as St. Elsewhere, Homicide, and Oz, serves as the showrunner. With people like this behind it we should expect excellence from ‘City On A Hill’ and season 1 was a good start.

Season 2 premieres March 28 on Showtime. In the meantime you can catch up on Season 1 by watching it on Showtime On Demand.

If you have any questions about TV you can email me at BillsTVTalk@gmail.com. I will answer all of your questions and will feature some of the questions I receive in a future Mailbag column.
Follow me on Twitter @BillsTVTalk and on Facebook at BillsTVTalk for daily up-to-the-minute TV news and discussion.◊