By ValleyPatriot on August 26, 2016Comments Off on Closing the Loopholes on Drunk Driving Laws ~ IN YOUR CORNER WITH SENATOR KATY IVES 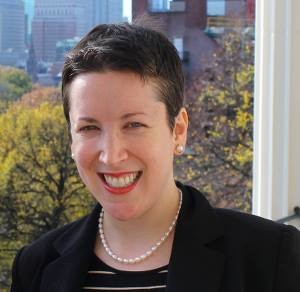 In July, the Massachusetts Senate passed legislation to promote the use of ignition interlock devices by OUI offenders, which test a driver’s blood-alcohol content before starting a car. Mothers Against Drunk Driving and AAA Northeast have endorsed the use of the devices as an effective means to prevent drunk driving by repeat offenders.

We’ve seen time and again stories of habitual drunk drivers getting behind the wheel despite suspended licenses. The use of these devices is a proven and commonsense way to increase compliance with driving restrictions for repeat offenders and improve public safety.

I filed an amendment included in the bill which tasks the Commissioner of Probation and the Commissioner of Criminal Justice Information Services to conduct a study on law enforcement agency access to sealed prior convictions for violating the state’s OUI laws, and to submit a report to the legislature including legislative recommendations.

The only type of record check available to the public is the Criminal Offender Record Information (CORI). Prior offense records should only be sealed on public CORI reports. Increasingly, however, records have also been sealed on the Court Activity Record Information (CARI) which is a separate, electronic record available only to law enforcement and other court personnel. CARI reports should contain a comprehensive list of court appearances, including sealed records. In cases where subsequent offenses carry different charges and more severe sentences, as is the case with Massachusetts OUI laws, law enforcement, prosecutors, and judges having access to a comprehensive account of one’s criminal history is crucial to the proper administration of justice.

Undercharging OUI offenders causes administrative delays as prosecutors are forced to file motions to amend charges upon discovering prior convictions and, more importantly, compromises public safety. For example, prosecutors may request a dangerousness hearing for individuals charged with a third or subsequent OUI in order to detain an individual while they await trial. If prior convictions are not known to prosecutors at the time, these habitual offenders may have the opportunity to drink and drive again before returning for trial.

Under Senate Bill 2445, “An Act Further Strengthening Public Safety By Reducing Unlicensed, Uninsured Driving By OUI Offenders,” passed by the State Senate, individuals convicted of OUIs would be able to apply for an ignition interlock license in order to drive. The bill would eliminate the current system of drivers petitioning for hardship licenses which would allow them to drive, but only during certain hours of the day. Drivers guilty of their first OUI offense would have the opportunity to install ignition interlock devices in their vehicles, while subsequent offenses would require enrolling in treatment programs or completion of jail sentences before an ignition interlock license could be issued.

According to Mother Against Drunk Driving, 26 other states require ignition interlock devices for OUI offenders. In Massachusetts, 41 percent of motor vehicle fatalities are alcohol-related.

Even though there was not sufficient time left on the legislative calendar for the House of Representatives to consider this legislation before the end of the formal session on July 31st, this bill made significant progress this session. It was important that my amendment, requiring a study and proposed solutions to the problem of prior OUI offenses being improperly sealed, was included in the bill and I will work to ensure that the provision remains in the bill when the legislation is filed again for consideration by the Legislature at the beginning of 2017. And, as always, the more residents communicate to their legislators about their support for this bill, like any other, the better chance it has to become a legislative priority and passed into law

Senator O’Connor Ives can be reached at KATHLEEN.OCONNORIVES@MASENATE.GOV .