Coffee, Can it Be Good for You? What’s the Evidence?

By Frank MacMillan on July 22, 2014Comments Off on Coffee, Can it Be Good for You? What’s the Evidence? 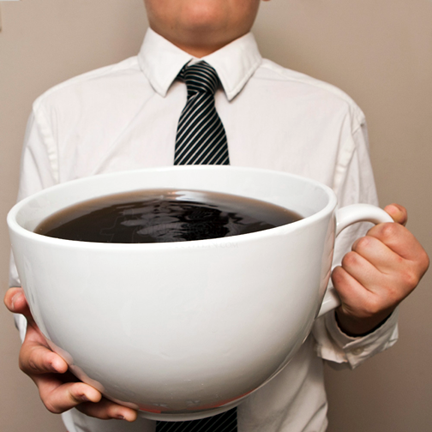 Without my even asking, people will say to me that they don’t drink coffee for health reasons. I have always found this perplexing, since I typically drink 2-3 cups in the morning, almost every morning since I was in high school, and never considered it to be a “bad habit”. Of course, too much coffee can cause health problems, but what is underappreciated is its potential health benefits when taken in moderation.

There is an enlarging body of evidence that can give us insight and guidance on what may be the truth on the topic of the benefits and risks of coffee consumption. It is important to distinguish coffee, which is a brewed beverage made from roasted and crushed coffee beans, from other artificially caffeinated beverages (so called sports, energy drinks, and caffeinated soda). Since coffee contains ingredients other than caffeine, we need to consider that coffee also contains many other important and health promoting components.

There are unfortunately no studies that prove cause and effect, and there probably will never be such studies because they are not practical to do. There is however consistent observational evidence that show a protective effect from coffee consumption against liver cancer and from liver cirrhosis.

The Nurses Health Study showed a 20% risk reduction from stroke for those who consumed at least two cups of coffee a day, compared with those who consumed less or none. A Kaiser Permanente study showed a 20% lower likelihood of being hospitalized for abnormal heart rhythm (arrhythmia) at a level of 1-3 cups a day, compared with non-coffee drinkers. Coffee consumption is associated with a lower risk of developing Parkinson’s disease, and a Finish study that looked at consumption of coffee over 20 years showed a 65% reduction in the incidence of Alzheimer’s disease and dementia. Increased coffee consumption correlated with a consistently lower risk of type II diabetes in European, US and Australian studies.

There are of course certain situations where coffee, particularly too much caffeine can be a health concern. Safe consumption levels have not been established in pregnancy. Caffeine can be habit forming at higher levels of consumption, and caffeine overuse and withdrawal can manifest as headache, anxiety and sleep problems. Persons with complicated acid reflux disease can worsen with increasing exposure to coffee and caffeinated beverages. Caffeinated, but not decaffeinated coffee is a mild diuretic, and can lead to dehydration in certain settings. Persons with bladder and prostate problems should seek individual professional medical advice. Sports and energy drinks in particular have super high doses of caffeine, sugar and other stimulants and have been associated with cardiac arrhythmias, which can be fatal. Not for me, I’ll stick with the natural brew.

Good health is rich interaction between lifestyle, genetics, environment, and luck to some degree. There is no magic substance that is guaranteed to protect from every disease, and we all know that too much of a good thing is usually not such a good thing.

There is however quality observational evidence, remarkably consistent, that coffee consumption really can be a part of a healthy lifestyle, especially in moderate amounts. Be careful about diluting its benefits (pun intended) by adding too much sweetener, cream and artificial flavorings. I never feel guilty about consuming coffee when talking with health professionals, and find it surprising when people feel this way when speaking with me. I think the evidence is on my side.