By ValleyPatriot on March 31, 2014Comments Off on Colon Cancer Awareness Month – By Dr. Frank 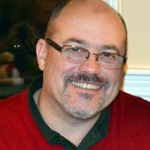 Forget for a minute, the ongoing debate over national health care, and the endless shouting that never seems to persuade anyone to think differently than they already do. There are much more important topics that could affect your health and your enjoyment of living than the things the politicians will work out one way or another. What most folks are looking for is not to get sick in the first place.

Would you be shocked if I told you that we can largely prevent the number one and number two causes of cancer death in the United States? Would you believe me that the answer is already old news? Well it is true.

If you are an American, the most common cause of cancer death is lung cancer, the vast majority of which is preventable by not smoking! As for number two, colo-rectal cancer or CRC, kills more Americans than breast cancer, prostate cancer, skin cancer, pancreas cancer or liver cancer by far. CRC is largely preventable, but the reality is unfortunately that many people do not take the opportunity to be screened, nor are they even aware they are at risk.

News flash: we are all at risk!

According to the American Cancer Society, there is an approximate 1 out of 19 risk that someone will get CRC in their lifetime. This is called the life-time risk. Another way of saying this is that there is an excellent chance, that if not you, you will know or love someone who is afflicted by this terrible, often deadly, and mostly preventable disease. In the United States, the yearly incidence of new people affected by CRC is 150,000. Every year 50,000 of these folks will die of their disease.

Fortunately, the rates of incidences and deaths have shown a decline over the past 20 years. Amazing progress has been made, but it is surely always easier to prevent than treat a cancer.

For many years now, March has been National Colo-rectal Cancer Awareness Month. You may see a blue ribbon or lapel pin on your doctor during the month of March to remind us all that this is a very important and often overlooked discussion. What this means to me, is an opportunity to shine a bright light on a topic that is often not a part of our family dinner conversations, my family excepted!

Because pre-cancerous polyps are thought to occur as a necessary first step in developing CRC, testing for polyps before they turn into a cancer is the best strategy. Age over 50 is a good place to start, because polyps are common at that age, but cancers are still rare. If you have a family history of colon cancer, you should start earlier and start by talking to your doctor. Pre-cancerous polyps can be detected by both testing the stool for hidden blood, or by looking directly for polyps by colonoscopy. The best test is the test that actually gets done!

My sincere advice is for you to talk with your doctor to find out how best to chose among the available screening tests. No screening tests are 100% reliable, however there is a dramatic reduction in the numbers of cancers that occur in people who actually participate in screening compared with those who do not.

Don’t be the one who fails to take advantage of this opportunity to prevent a serious and often deadly disease. The American College of Gastroenterolgy has a website for patients for those who want to learn more about colorectal cancer screening, and other digestive diseases http://patients.gi.org