By Tom Duggan on April 9, 2015Comments Off on Columnists Honored with Valley Patriot Editor’s Choice Awards 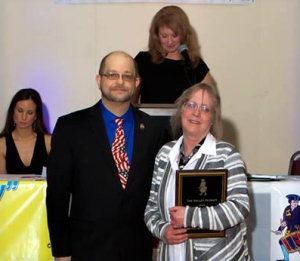 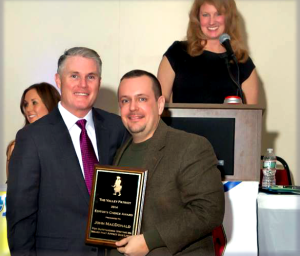 John MacDonald was presented his award by Lowell Mayor Rodney Elliott for his columns on police, public safety and using his column to rally our readers to a pro-police rally in Lowell last January. MacDonald is in his second year as a Valley Patriot columnist. He is a veteran of the US Air Force, a radio host on 980WCAP, author of “Moonlight Montechristo”, and is the owner of Big Decisions, LLC. He is the only person to ever be nominated for four awards in one year.

Each year, The Valley Patriot honors two Valley Patriot contributors for outstanding writing, or taking the high road in public discourse while also taking very bold stands on some of the most important issues that shape our culture and our community. Columnists, reporters, and even letter writers are eligible for this award.