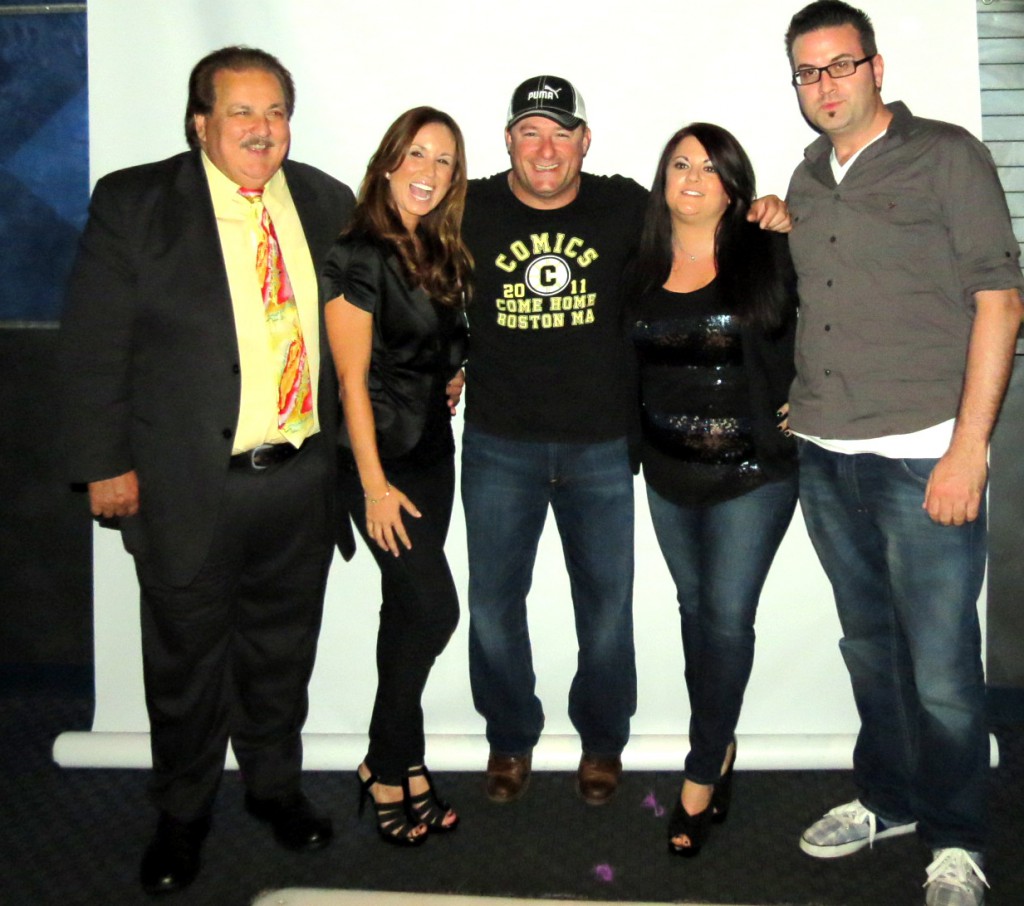 I can’t believe Labor Day has passed and we are well on our way to Fall! These next couple months are so pleasant and enjoyable – the cool air in the morning is refreshing and for the most part the weather is perfect.

Most of the beaches are “closed” for the season and we are now allowed to bring our dogs to play in the sand and the water.We took our dogs, Honey and Dash, and our foster dog, Josh, to the beach in Salisbury recently; they had so much fun chasing the seagulls, and running in and out of the waves.I recommend you get out there and enjoy the salty air and cold water with your four-legged pooch! 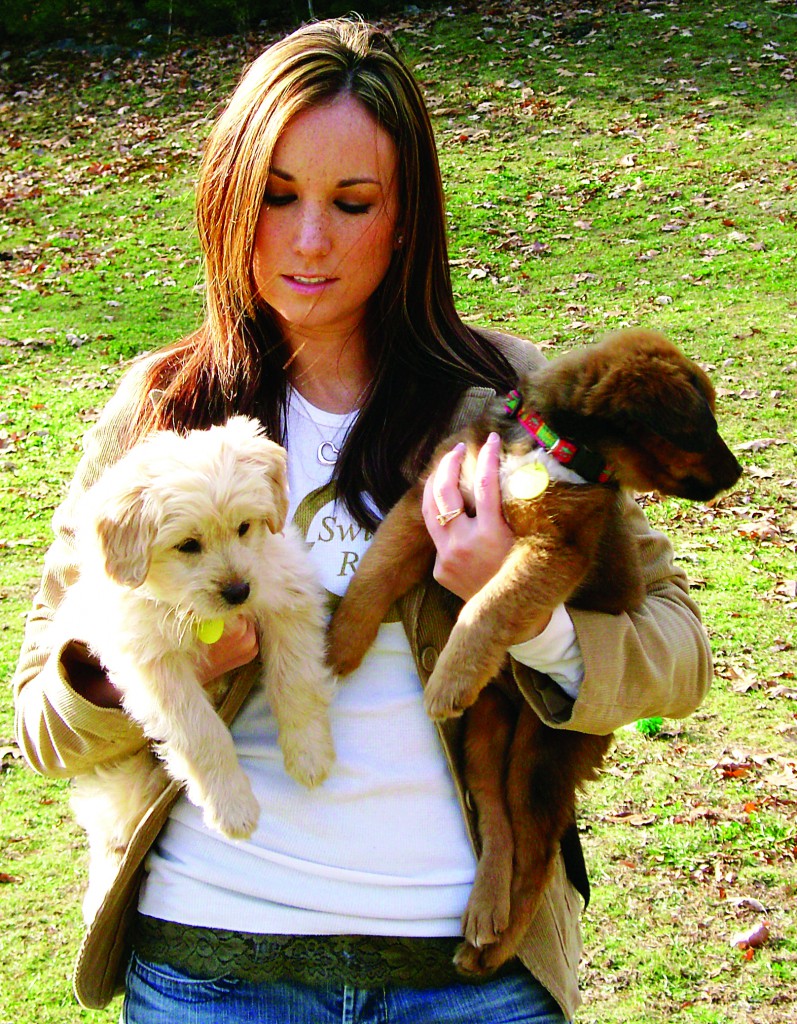 Some of my readers may remember that I mentioned a comedy show/charity event I was going to hold in August.Our first annual Comedy for Canines charity event for One Tail at a Time Rescue took place on August 16th, and what a fabulous time it was!Over 100 people came out to support our rescue and the cause, and we are so thankful for everyone’s support.The night consisted of a buffet style dinner, a custom dog shaped cake, over 20 great raffle items, a 50/50 raffle (winner took home over $200!), a magician, Mrs. Massachusetts, and four comedians.Talk about a fun-filled night!Let me elaborate a little…

A few months ago, my friend Christen Grugnale (of Reflections by Christen – a local photography business), and I had a vision.We wanted to do an exciting type of fundraiser for One Tail at a Time Rescue (a 501c3 non profit dog rescue here in Massachusetts).

I had recently finished the successful charity golf tournament in May, and this time I wanted to do a swanky night event.We decided to do a comedy show, because who doesn’t like to laugh?For anyone who has ever organized an event like this, you know that the planning and execution of something like this is no small feat.We spent the next few months organizing, planning, and spreading the word.Christen found the perfect place for this event to be held; Rain Nightlife in Malden.It was a relatively convenient location from all directions and could accommodate the large group we anticipated.

They were also extremely welcoming and supportive, a big thanks to Rain management for all their help! A flyer was designed that we posted all over Facebook and anywhere else we could.We pounded the pavement getting local businesses to donate items for our raffle, stocked up on dog themed napkins and balloons at the local party store, and did our best to tie up all loose ends.We were determined to make this event memorable for our guests, as well as a success for the charity.

On Thursday August 16th, Christen and I transformed the function room into an exciting atmosphere with a great dog theme.We created a fun ambiance with the lighting, dog pictures on each table, banners were hung, raffle items displayed, paw print napkins strewn around the bar, and balloons sporadically placed throughout the room.It looked awesome!

At 7pm, we were finally ready and the doors to our eventful evening were opened.To our delight, the guests poured in.Lots of family and friends, as well as some unfamiliar faces, we were happy to greet and meet.Those we didn’t know had heard about the event and showed up just to support the cause: helping to save homeless dogs from kill shelters.People were appreciative and happy to be there 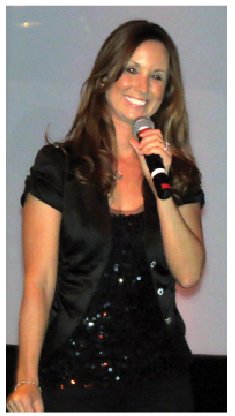 to have a fun night out with some laughs, all while supporting the fight.

As people entered, they were greeted at the check-in table with a swag bag filled with coupons from local businesses.People mingled with each other, grabbed a drink at the bar, and were entertained by magician Eric Robitaille while they enjoyed food and drinks at their tables.

There was a photo area set up with different costumes and accessories so people could dress up and have their picture taken by one of Christen’s photographers.Also hanging out in the photo area and posing with guests, was Barrie Lynch also known as Mrs. Massachusetts.She was on hand to support our night, crown and all.After picture time, guests were treated to a delicious buffet dinner.

The comedians for the show were Steve Halligan, Leo Barrett, Johnny Pizzi, and Dave Russo (host of “The Wicked Funny Comedy Tour

on Boston’s Dirty Water TV).All four of these guys were hilarious and put on amazing performances, the crowd was laughing all night.After the show, we drew the winners for the raffle.The raffle prizes consisted of jewelry, gift cards, huge gift baskets (think fully stocked Margarita basket), and other great items.

After the raffle winners were announced we cut into the life-size cake of a dog named ‘Sugarplum’ that One Tail had saved and adopted out last year.The dog and dog bowl were made out of rice crispy treats and dog bed was made out of cake.Jessica of BaylaBoo Cake Boutique was the talented cake artist behind the creation.

This event turned out better than we could have ever expected.Thank you to everyone who came out to support the night, to all the local businesses for donating items, all of our comedians, Rain Nightlife, and everyone else who helped make this a huge success.We are already looking forward to doing an event like this again next year.

The funds raised at events like this are put directly back into the rescue to help pay for vet bills and will allow us to save more shelter dogs on death row.

Thank you to all those who believe in our mission and who are constantly supporting us, we are greatly appreciative.For more updates on our upcoming events and ways to help, friend One Tail at a Time Rescue on Facebook!

5 Responses to "Comedy for Canines Brings Out Puppy Lovers"