By Christine Morabito on June 13, 2013Comments Off on Common Core: Too Common for Our Kids 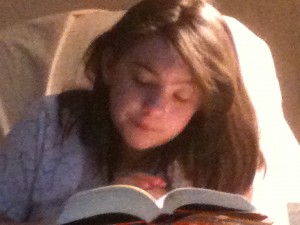 At the risk of sounding elitist, Massachusetts schools should not have to lower their exceptional education standards to be equal to other states. Alabama is a very nice place, but it does not necessarily share our educational requirements, especially if we hope to compete in the high tech and medical fields that attract students and businesses from all over the world.

Common Core State Standards (CCSS), a K-12 curriculum, was designed by unelected, unaccountable special interest groups to inject “fairness” into the education systems across the nation. Adopted in 45 states, the program, concentrating on English language arts and mathematics, is scheduled to be in place by 2014. However, as concerned citizens learn the disturbing details, at least 10 states are having second thoughts – and with good reason.

Establishing an education curriculum is the responsibility of individual states and certainly not a function of the federal government. In a prime example of executive overreach, and in violation of 3 federal laws, the Obama administration has coerced states into adopting CCSS by tying their participation to federal grants for programs like Race to the Top and waivers from the epic failure that is No Child Left Behind. This gave cash-strapped states a huge financial incentive to adopt a one-size-fits-all education policy at the expense of our children.

State legislators around the country claim they had never heard of CCSS until they began to get complaints from constituents, especially parents and some teachers, afraid of losing control over what is being taught in the classroom. Those hurt most by the new standards will be students at the very top and the very bottom of the education spectrum, as the program has little to offer gifted children or those who are struggling.

In the rush to redistribute education, there was no time for cost analysis. In states where CCSS has been adopted, legislators are now being asked to fund the program – to the tune of $16 billion nationwide –according to a study done by the Pioneer Institute, a leader in the fight against national standards in Massachusetts since 2009. The implementation costs include funding for new technology, teacher training and the purchase of new textbooks and instructional materials.

Some of the approved textbooks have parents outraged. A lesson plan from a literature and writing book for first- graders, encourages youngsters to use negative words for maximum emotional impact and manipulation of the listener. Its companion workbook contains the following multiple choice question: “My mom always ­­___­­_ me to clean my room.” The choices are “tells” and “nags.” Shockingly, the correct answer is “nags.” Equally disturbing is the language used in promoting the frameworks which describes our children as “human capital.”

The new guidelines ensure that teachers prepare students for state testing and little beyond that. Gone will be the promise of creating lifelong learners or challenging children who excel. While state assessments are important, they only measure minimum competencies. With these methods, what incentive will a student, a teacher, or even a school have to aspire to educational excellence?

There is no evidence that these national standards are in our children’s best interest. Simply repeating the narrative that the curriculum is “rigorous” does not make it so. CCSS gives new meaning to the term “fuzzy math,” which is more concerned with method than correctness.  Critics say the algebra standards are mediocre and only prepare students to perform at a community college level. And parents are left frustrated by the inability to help kids with their homework.

Another area of great concern is the creation of student databases for the purpose of tracking children from school to the workforce by including healthcare history, household income, religious affiliation and family voting status, which will be accessible to federal and state agencies. Unfortunately, it is clear from the ongoing IRS scandal that such data can be used for evil in the hands of a coercive government.

The attempt to nationalize our education system, dumb down our kids and limit parent’s role in their child’s learning is an issue that has caught the attention of not only the Tea Party, but citizens from across the political spectrum. That’s because our children’s future – for that matter, America’s future – is a bipartisan issue. The Obama administration may be uncomfortable using the word “exceptionalism,” but here in Massachusetts, we embrace it.

The Common Core: Haven’t We Been Here Before?

The Road to a National Curriculum

The Beginning of Common Core’s Trouble