By Tom Duggan on February 5, 2010Comments Off on Congress Struggles to Create Jobs … Right!

It always amazes me how our Congress seemingly struggles to accomplish something as simple as “creating jobs.”

Actually there is no need to create jobs. There are many more jobs than people.

For example, just walk around your house. Are there no jobs to be done?

Or go to Lawrence and see all the jobs needing attention: Litter to be picked up, buildings to be painted, potholes to be filled, food to be prepared, children (and adults) to be educated, cars to be repaired, snow to be shoveled, … .

Go into any business and ask the proprietor if there are any jobs he would like done. The answer would be the same, “Of course! I would like to do more product development, improve efficiency, increase marketing, open new branches, etc.”

So why doesn’t she hire more employees to perform these tasks?

The answer is very simple: The increase in after-tax profits resulting from adding employees to perform any of these jobs is either negative (net profits will decrease) or is estimated to be so small as to not be worth the associated risk.

The bottom line: If adding an employee (or multiple employees) reduces your expected profits or offers a less favorable risk/reward ratio than other investments (e.g., stocks, bonds, or going to the movies), you would be crazy to offer these new jobs.

You are not crazy and neither are business executives or entrepreneurs.

While not always successful, everyone seeks to maximize his returns while minimizing risks. Expecting business decision makers to do anything else would be the height of idiocy … a goal only Congress routinely aspires to achieve.

Let’s think about the profit/return/risk calculation that business decision makers need to perform.

If adding an employee is considered, the increase in resulting revenues and the uncertainty or likely variability of that increase (the risk) must be estimated.

The next step, calculating the cost of the added employee, is much easier and can usually be performed with much greater precision. It starts with salary and associated business overhead costs (office space, support staff, supplies, necessary travel costs, etc.). These are the objectively necessary, business-related costs associated with the new employee.

If there were no other costs, the profits/rewards for hiring this extra employee would merely require subtracting these costs from the estimated increase in profits and then evaluating whether those likely profits justify the associated risks.

Unfortunately, here is where the government comes to help. Nearly everything the government does reduces the attractiveness of hiring extra employees.

First, let’s acknowledge the positive contributions of government. To the extent that government protects individuals and businesses from acts of force and fraud, protects private property rights and enforces contracts, it creates a business climate that minimizes risks and permits the greatest confidence in business calculations. Such an environment rewards investments and thus encourages job creation.

Clearly protecting us from foreign threats, including threats from rogue terrorist groups, is a necessary element of creating a positive economic climate.

Thus, the costs of an effective police force and courts to determine guilt or innocence and adjudicate contracts are appropriate … as are the costs associated with deterring our enemies and killing them when they are not deterred.

Everything else government does destroys jobs.

Every dollar taken in taxes reduces the rewards associated with creating additional jobs.

But the damage doesn’t stop there. The ever-present threat that Congress or some regulatory agency will impose additional regulations, results in increased business uncertainty and greater risk, and thus leads to a reduced willingness to invest and create jobs.

But the damage doesn’t stop there. Taxes increase the costs incurred by your suppliers and thus increase your costs and decrease your profits … again, fewer jobs.

It should be understood that the private sector jobs that do exist today were created (and persist) with these tax burdens and regulatory risks. Therefore, on average, they pass the risk/reward test in the current environment.

So the recipe for creating new jobs is obvious. All Congress has to do is reduce the burdens outlined above. Every time this is done, businesses will recalculate the reward/risk equation for that next job and then start hiring new employees until the reward risk calculation again dictates that they cease and desist.

That is why President John F. Kennedy proposed that taxes be cut substantially in December 1962. He knew that the economy would expand and jobs would be created. While these tax cuts were not passed until February 1964, after Kennedy was assassinated, they reduced the unemployment rate by over 35% in less than four years.

In 1981 Reagan, with the support of Congress, passed the Economic Recovery Tax Act (ERTA) which reduced marginal tax rates across the board by 25%. The prevailing unemployment rate was reduced by over 50% from a peak of almost 11% early in Reagan’s presidency to an average rate of 5.25% in 1989.

Even President Clinton’s Council of Economic Advisers in 1994 pronounced “It is undeniable that the sharp reduction in taxes in the early 1980s was a strong impetus to economic growth.”

The lesson to be taken away from this is that encouraging job growth is not rocket science. The necessary prescription is both simple and obvious. Our congressmen, while possibly deficient in the brain department, are sufficiently endowed to figure this out.

They spend their time convincing us that they feel our pain while tightening our thumb-screws. The truth is that they neither feel our pain nor do they care. All that matters to them is that they maintain their power and their status. Their goal is to maximize tax revenues for their disposal, NOT to improve our standard of living.

When it comes to brains, heart, and courage I will take the Scarecrow, the Tin Woodsman, and the Cowardly Lion over Congress everyday.

With apologies to Dorothy: Let’s send them all back to Kansas!! 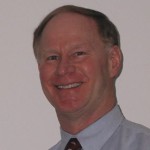 Dr. Ormsby is an ex- member of the N.A. School Committee. He is a graduate of Cornell and has a doctorate from MIT. He is currently a Visiting Professor of Mathematics at UMASS, Lowell. You can email him at: ccormsby@comcast.net