By Tom Duggan on March 9, 2012Comments Off on Conservatives Draw Strength from CPAC 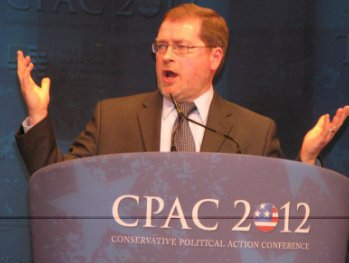 Much to the chagrin of Occupy D.C., last month’s CPAC was a tremendous success. The unholy mob had been plotting to disrupt the event by pulling fire alarms, cutting electrical power and even physically assaulting participants. If they were incensed by the keynote speaker, Sarah Palin, they were absolutely apoplectic about the appearance of Wisconsin Governor Scott Walker, who has enraged public sector unions by asking them to pay a “fairer” share of their bountiful benefits — never mind that he has managed to cut deficits, reduce unemployment to the lowest level since 2008 and attract new businesses to the state.

Billed as the largest annual gathering of conservatives, the Conservative Political Action Conference hosted over 10,000 freedom-loving activists, reinforcing this year’s theme: “We Still Hold These Truths.”

With all the depressing news about the economy, skyrocketing gas prices and the general unraveling of our country, CPAC was the shot in the arm this conservative needed to return to Massachusetts and fight the good fight.

We were provided with undeniable evidence that conservative principles are alive and well and work beautifully every time they are tried. The testimonials from Republican Governors Scott Walker, Bob McDonnell of Virginia, Bobby Jindal of Louisiana and Rick Scott of Florida were phenomenal. Here are the facts: In 11 out of 15 business-friendly states, Republicans are in charge. In 7 of 10 states with the lowest unemployment, Republicans are in charge. Now consider the state of Illinois, run entirely by Democrats: The state has unsustainable obligations to unions and can no longer pay its bills. In 2011 they burdened citizens with 2 massive tax increases. Unemployment is around 10

percent. Illinois was recently downgraded by Moody’s and awarded the lowest credit rating in the country. Add to that the fact that residents are leaving the “Prairie State” in droves, and you have a prime example of decades of disastrous liberal policies.

CPAC attendees were treated to an appearance by Republican National Committee Chairman and fundraising wizard, Reince Priebus who proudly announced that the RNC outraised the DNC last quarter and currently has more money in the bank than its Democratic counterpart.

Want more good news? Conservatives are well positioned to gain the majority in the U.S. Senate in November. With 23 Democrats and 10 Republicans up for reelection we have an excellent chance of securing at least 51 seats.

A filibuster-proof majority of 60 is, of course, the ultimate goal. Grover Norquist, President of Americans for Tax Reform, believes we can accomplish this by 2014, when we have an additional 20 Democrat and 13 Republican seats up for grabs.

The 3 presidential frontrunners took their turns on the CPAC stage. Emboldened by his three previous wins, Rick Santorum shared the spotlight with his wife and 6 of his children. He gave an impassioned speech, although noticeably more serious than usual. Newt Gingrich had people out of their chairs more than in them, as he laid out specific issues he would tackle within hours and days of being sworn in. Finally, Romney did a marvelous job, even if he did bend over backwards to convince the audience of his  conservatism. He clarified that while he “served in government” he “didn’t inhale.”

Ron Paul did not attend; hence he did not win the Straw Poll. The poll results were: Romney 38 percent, Santorum 31 percent and Gingrich 15 percent. Paul came in fourth at 12 percent. Throughout the 3-day event there were expert panels discussing national defense, balancing the budget, immigration, voter fraud and repealing Obamacare.

By far my favorite speech was by Ann Coulter, the queen of wit, who confessed, “Now, I know what some of you are thinking: Hey, aren’t you the one who wrote that smash New York  Times Bestseller “Demonic” – How the Liberal Mobs are Endangering America? And no sooner did it come out then demonic liberals burst out into mobs across the nation? Yes, that’s me, and I’m sorry for that. But the good news is: The title of my next book is ‘Nancy Pelosi moves to Luxemburg.’”