By ValleyPatriot on December 30, 2015Comments Off on Continuing our Focus on Veterans and the Opioid Epidemic ~ IN YOUR CORNER with SENATOR IVES 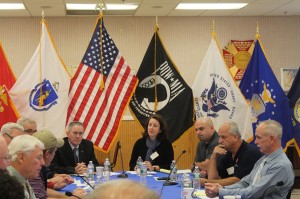 The Massachusetts Senate recently completed the first year of a two-year legislative session by sending to the governor’s desk legislation for increased penalties for trafficking fentanyl, and five bills related to veterans.
To further address the health crisis of opiate abuse in the Commonwealth, the legislature passed House Bill 3798, An Act Relative to the Trafficking of Fentanyl, 39-0. The Commonwealth’s trafficking statute will now include a penalty for trafficking fentanyl, a deadly additive found in heroin and the cause of countless overdoses. Any person found to be bringing a net weight of more than 10 grams into Massachusetts may be punished by a term of imprisonment in state prison for not more than 20 years.

The Senate also passed a number of bills in support of the 385,000 veterans that reside in the Commonwealth and their families. House Bill 1641 known as the “Stolen Valor Act,” was passed unanimously and criminalizes the act of falsely representing a branch of the armed services or falsely claiming to be a recipient of a service-related award in order to obtain a tangible benefit. An individual found to commit such an act would be guilty of committing a gross misdemeanor and would be punished by imprisonment in a house of correction for not more than 1 year or by a fine of $1,000, or both.

In addition, the Senate also passed House Bill 3243 An Act Providing Free Park Access to Purple Heart Recipients, which waives admission fees for access and use of state parks and recreation areas for Purple Heart recipients. The legislature also approved House Bill 1306, An Act Relative to Veterans’ Grave Markers, which creates penalties of not more than $5,000 for the selling, receiving, retaining or disposal of commemorative grave markers. Related bills, H.3173 and H.1600 penalize the removal of commemorative flag holders for veterans, police and firefighter, and require anyone convicted of desecrating a gravestone to pay restitution, respectively.

All of the legislation above has been signed by the governor and is now law.