By Tom Duggan on March 6, 2020Comments Off on Corey Lewandowski will be Keynote Speaker at The Valley Patriot’s 16th Anniversary BASH March 27th 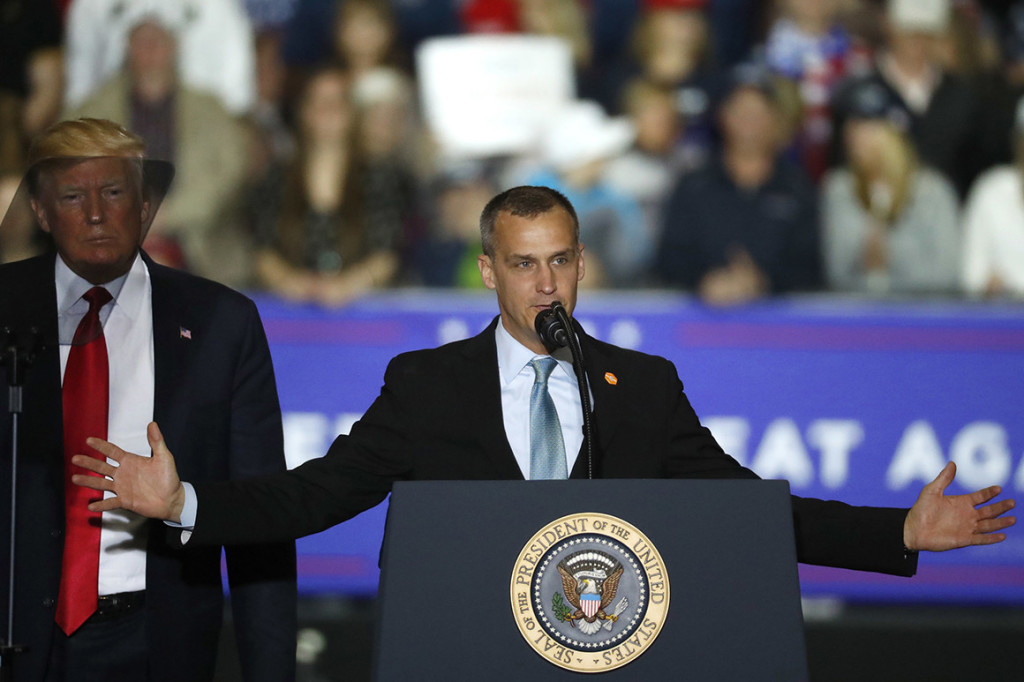 DONATE TO OUR SCHOLARSHIP DRIVE

President Donald Trump’s campaign manager for president in 2016, Corey Lewandowski will be the keynote speaker this year at The Valley Patriot’s 16th Anniversary BASH Scholarship and Award Night on March 27th at the Firefighter’s Reliefs In.

Each year The Valley Patriot gives scholarships to local high school seniors attending college in the fall. The Valley Patriot also honors police officers, firefighters, and veterans with awards to commemorate their service to the community.

This year proceeds from the BASH Raffle will go to help homeless veterans through Clear Path New England.

Prior to becoming President Trump’s campaign manager in 2016, Corey Lewandowski was a police officer in New Hampshire, worked as a political commentator for CNN, FoxNews, and One America.

“A few years ago our Keynote Speaker was State Auditor Suzanne Bump, who is a left wing progressive democrat. This year we have a conservative republican with Corey Lewandowski. That’s the best part about our annual BASH. Each year the great people of the Merrimack Valley put aside politics and personal conflicts, get together in one room, and take part in helping local kids pay for college, as well as honor police officers, firefighters, and veterans.” said Valley Patriot publisher Tom Duggan.

The Valley Patriot’s 16th Anniversary BASH will be held at the Firefighter’s Reliefs In, 1 Market St. in Lawrence on Friday, March 27th at 7PM.

Ticket are $40 in advance, $45 at the door. You can get tickets on line at Eventbrite.com. GET TICKETS HERE

Scholarships will be given to graduating seniors from: Lawrence High, Haverhill High, Metheun High, The Greater Lawrence Tech, Graduates of the Thomson School in North Andover, and the Methuen Police Superior Officer’s scholarship.

Students interested in one of these scholarships can email
ValleyPatriot@aol.com and put SCHOLARSHIP in the subject box.

Anyone wishing to contribute to the scholarships or sponsor the BASH can use the email above or call (978)771-4091. Make all checks out to Valley Patriot BASH, 75 Main St., North Andover, MA 01845.

DONATE TO OUR SCHOLARSHIP DRIVE

Contributions to the Lawrence High School JrROTC scholarship can make a tax deductible check out to LHS ALUMNI ASSOCIATION ECCF and mail to the address above.