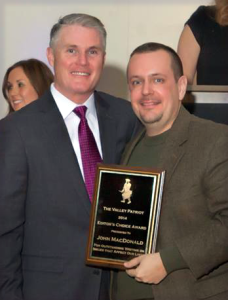 The closer we get to the Presidential election of 2016 it seems the issues that divide us are growing even deeper. Both Democrats and Republicans are running towards embracing divisive issues rather than leading us towards the issues that can unify us and that we all have in common. All I can say is that it must just be easier to divide us than it is to lead us, because all we hear is division and that’s all we are offered. I’m looking for a true leader that will not only inspire us all, but will motivate elected officials in Washington, DC to make positive change as well.
I’m not sure at all anymore, what issues we agree on, but I’ll take a stab at what I’d like to see offered to …“We the People”. I’m going to run down a myriad of issues and will probably vote for whom ever come closest to campaigning for the issues I feel are most important and that can be accomplished.

The Economy and Jobs – Can we agree that we need to reduce the national debt? Does anyone believe a debt in the trillions is sustainable? Can we agree that it’s not the American pay scale and unions that have sent manufacturing jobs overseas, but rather lopsided taxes, trade agreements, and tariffs with foreign governments that have? If it weren’t for NAFTA (Remember Ross Perot in 1992 and his giant sucking sound?) and other ridiculous agreements, we’d have thriving, not dwindling manufacturing in the USA. It’s time for action and time to reverse this curse. It’s time for our government to treat its own people, manufacturers and new manufacturers like we are the priority again. Let’s build the middleclass, not squash it out of existence.

White, Black and the View of Race in America – It’s evident that regardless of your point of view, whether you are white or black, that we have a problem with race relations in America. Whether you think the President has or has not handled the issue of race well is a debate. The bottom line is that race relations between whites and black have gotten worse. We need to talk and fix these issues. Is the issue about opportunity? Is it the breakdown of the family in the inner cities? Is it about education? Also, the rebel flag needs to be removed from all state flags. The civil war was fought over 150 years ago and those who fought in it are long since departed. The south lost. Flags should be sent to museums and remembered as part of our history. The rebel flag shouldn’t be part of our future under any circumstances, as it adds nothing positive and only divides us.

Gay Marriage – It’s been a divisive issue and it’s worn thin. Marriage by a municipality and or state in my opinion needs to be recognized between two individuals, regardless of sexual orientation. Gay rights are civil rights. This is America and the government has no business in the privacy of anyone’s home. We are free people and we should be free to choose whom we want to marry. A man and a woman, man and a man or woman and a woman. Can we agree to let the religious (not state) sacrament of marriage be recognized and sanctioned within the walls of the individual’s house of worship? Let the practices of one’s church, be the individual’s decision for a moral compass and be the path that the individual can take with another. Gay Americans are just as much American as straight Americans. Time to move on past this issue and let’s remember we are a free country. Americans have separation of church and state for a reason. Civil recognition is not religious recognition.

Global Warning – Do you believe it or not? It’s become a divisive issue that seems to pit conservatives against progressives. How about this? Even if Global Warning isn’t real, why do we want to pollute the place we all live? Who wants polluted rivers, oceans and land? Does anyone want to breathe chemicals? Can we all agree, whether you believe in Global Warning or not, that it’s not good to pollute our world? Can we agree that no corporation or product should have unlimited ability to pollute? Can we all agree that cleaner air is better? Even if you don’t believe the polar ice caps are melting because of human pollution, could we all agree that we need to lower emissions so the soil that grows our food supply isn’t saturated with acid rain? Can we all agree on just being cleaner? We have the technologies to be cleaner, let’s use them. If the US leads on this, other countries that pollute without restrictions will follow.

Education – Education needs to be a major priority in this country. The quality of education to the infrastructure of our schools from K-12 needs to be addressed. We need to give our students the ability to compete globally. We need to make higher education affordable, which will give greater access to all who want it. State universities need to be capped at a price that will not bankrupt its students and our future.

Success – Can we agree to stop dumping on success and successful people? Over the past decade we have seen a trend of people resenting others for being successful or aspiring to be successful.

Was it the economic meltdown or a lack of leadership that pushed us all to not want more, be more dependent on government and to not be better? Regardless, we have to change our attitude and aspire once again to do great things. We need a national challenge, whether it be fixing our infrastructure, sending a manned space craft to Mars or continuing down the path of no longer being dependent on foreign energy sources. We are the greatest country on earth and it’s time to reinvigorate our patriotic pride.

Perhaps the readers of this column will agree with me or perhaps they will not. However, I’m willing to openly discuss the aforementioned issues and others in an effort to move forward. Extremists in both political parties are unwilling to discuss these issues and they want you to believe there is no room for compromise.

Prove them wrong and demand more. Demand the discussion take place and that your elected officials and those running for elected office… hear you. “We the people” can have what we want; we just have to be willing to work for it.