By Tom Duggan on February 26, 2020Comments Off on Councilor Saba’s Conflict of Interest, A Criminal Complaint, and a $48K Payout 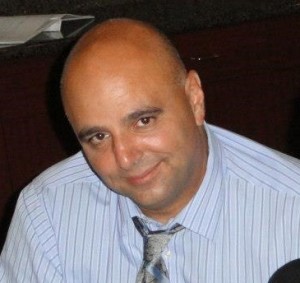 The City of Methuen has paid out $48,000 to the owner of a Sober House on Quincy Street to settle a lawsuit, in part because of “discriminatory statements” made by city councilors in 2018. The lawsuit claims that members of the city council and employees of the city violated her right to open a sober home on Quincy Street. The federal government identifies those in recovery as “disabled” and as such any discrimination against a sober house would violate federal law. First Amended Complaint

Court documents from the lawsuit reveal that a sitting City Councilor, Steve Saba not only participated in the initial council discussion while his brother was directly affected by his actions, but that both John and Steve Sabas’ comments were used by the defendant in the lawsuit to show the city had targeted the homeowner unfairly and in violated federal law.

The owner of the sober home was asking for “reasonable accommodations” under the Fair Housing Law and anti discrimination laws. She said that representatives from the city were determined to throw roadblocks in her way and targeted the home to be shut down. In fact, Councilor Saba’s brother, John, [who is a neighbor of the sober home on Quincy St.]  encouraged the city council, Economic Development Director Bill Buckley, and other city employees to do just that.

At a city council meeting on February 20, 2018 the council was briefed on the city’s efforts to issue a cease and desist order against the sober home, shutting them down immediately. The call to shut down the sober home was led in part by City Councilor Steve Saba’s brother, John Saba. John encouraged the city council to use zoning laws and building codes to try and have the home shut down.

Councilor Saba’s brother also suggested that the city fine her for every day she doesn’t shut down, something that happened a few weeks later and was the subject of the lawsuit that was settled with the city.

“So tomorrow I would hope we go ahead with the plan and we shut them down, but, I’d like to know what is the recourse when she doesn’t shut it down? . . . I hope she is going to get fine every day. I hope we are going to make it difficult on her.”

“I’m getting a little tired of being told by the state that -­- -­- you now, they jam 40B up our throats here. They’re jamming 40A up our throats. This is our city, and I know that other cities fight. . . we’ve got to stop just saying there’s nothing we can do. We’ve got about this many lawsuits that we deal with on a regular basis. This is one that I’m not afraid,” Councilor Steve Saba said predicting a lawsuit.

Saba’s comments were specifically mentioned in the complaint against the city that led to the$48,000 settlement payout to the owner of the sober home.  Donohue Settlement Agreement and Letters 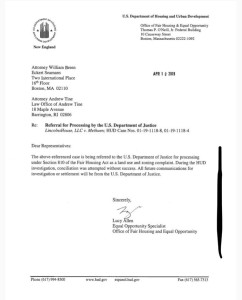 Because the city was targeting the disabled by purposely using city zoning laws and other codes to shut down a sober home in violation of federal law, The Department of Housing and Urban Development (HUD) made a criminal referral [request for a criminal investigation]to the U.S. Justice Department charging that officials from the City of Methuen purposely discriminated against the disabled and violated the Fair Housing Act.

The Valley Patriot has learned that City Councilor Steve Saba and another councilor has asked Mayor Perry to have the city indemnify city councilors, shielding them personally from civil lawsuits and leaving the city on the hook if councilors actions and comments result in a civil judgement against them.

Councilor Saba has added the issue to the next city council agenda where he will be asking the council’s approval to indemnify him from any personal lawsuits that result from his abuse of power (or any other councilor) while acting in his duties as a city council.

Councilor Saba’s Conflict of Interest, A Criminal Complaint, and a $48K Payout added by Tom Duggan on February 26, 2020
View all posts by Tom Duggan →