By ValleyPatriot on March 26, 2013Comments Off on Crime Soared with new Massachusetts Gun Law 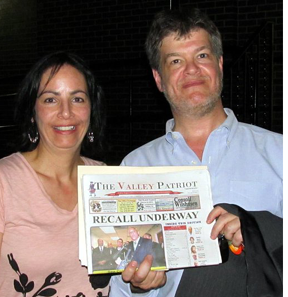 In 1998, Massachusetts passed what was hailed as the toughest gun-control legislation in the country. Among other stringencies, it banned semiautomatic “assault” weapons, imposed strict new licensing rules, prohibited anyone convicted of a violent crime or drug trafficking from ever carrying or owning a gun, and enacted severe penalties for storing guns unlocked.

“Today, Massachusetts leads the way in cracking down on gun violence,” said Republican Governor Paul Cellucci as he signed the bill into law. “It will save lives and help fight crime in our communities.” Scott Harshbarger, the state’s Democratic attorney general, agreed: “This vote is a victory for common sense and for the protection of our children and our neighborhoods.” One of the state’s leading anti-gun activists, John Rosenthal of Stop Handgun Violence, joined the applause. “The new gun law,” he predicted, “will certainly prevent future gun violence and countless grief.”

The 1998 legislation did cut down, quite sharply, on the legal use of guns in Massachusetts. Within four years, the number of active gun licenses in the state had plummeted. “There were nearly 1.5 million active gun licenses in Massachusetts in 1998,” the AP reported. “In June [2002], that number was down to just 200,000.” The author of the law, state Senator Cheryl Jacques, was pleased that the Bay State’s stiff new restrictions had made it possible to “weed out the clutter.”

But the law that was so tough on law-abiding gun owners had quite a different impact on criminals.

Since 1998, gun crime in Massachusetts has gotten worse, not better. In 2011, Massachusetts recorded 122 murders committed with firearms, the Globe reported this month — “a striking increase from the 65 in 1998.” Other crimes rose too. Between 1998 and 2011, robbery with firearms climbed 20.7 percent. Aggravated assaults jumped 26.7 percent.

Don’t hold your breath waiting for gun-control activists to admit they were wrong. The treatment they prescribed may have yielded the opposite of the results they promised, but they’re quite sure the prescription wasn’t to blame. Crime didn’t rise in Massachusetts because the state made it harder for honest citizens to lawfully carry a gun; it rose because other states didn’t do the same thing.

“Massachusetts probably has the toughest laws on the books, but what happens is people go across borders and buy guns and bring them into our state,” rationalizes Boston Mayor Tom Menino. “Guns have no borders.”

This has become a popular argument in gun-control circles. It may even be convincing to someone emotionally committed to the belief that ever-stricter gun control is a plausible path to safety. But it doesn’t hold water.

For starters, why didn’t the gun-control lobby warn legislators in 1998 that adopting the toughest gun law in America would do Massachusetts no good unless every surrounding state did the same thing? Far from explaining why the new law would do nothing to curb violent crime, they were positive it would make Massachusetts even safer. It was gun-rights advocates, such as state Senator Richard Moore, who correctly predicted the future. “Much of what has been said in support of this bill will not come to pass,” said Moore during the 1998 debate. “The amount of crime we have now will at least continue.”

Relative to the rest of the country, or to just the states on its borders, Massachusetts since 1998 has become a more dangerous state. Economist John Lott, using FBI crime data since 1980, shows how dramatic the contrast has been. In 1998, Massachusetts’s murder rate equaled about 70 percent of the rate for Vermont, New Hampshire, Maine, Connecticut, Rhode Island, and New York. Now it equals 125 percent of that rate.

Clearly something bad happened to Massachusetts 15 years ago. Blaming the neighbors may be ideologically comforting. But those aren’t the states whose crime rates are up.

Reprinted with permission. Jeff Jacoby can be reached at jacoby@globe.com. Follow him on Twitter@jeff_jacoby.