By Cheryl Hajjar on August 8, 2013Comments Off on Crowdfunding For Cash 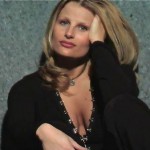 Unless you have been living in a landfill or still have an analog TV in your home, you have heard of the term “crowdfunding” or stories of people raising thousands of dollars for their businesses or projects online. So what is this new rage and how is it changing the playing field for the small business owner or next budding entrepreneur?

Crowdfunding by definition is the process of collecting funding through small contributions from multiple parties in order to finance a particular project or venture. Many small businesses which are looking for growth capital have a hard time acquiring funding due to lack of a track record or collateral when it comes to applying for traditional business loans from a bank or are in the wrong field to attract angel investors.

Think of Crowdfunding as a community finance vehicle. It is a way for businesses to access the capital they need by soliciting the community directly through means of a video campaign. This video campaign is then marketed via social media platforms and on the actual crowdfunding site to viewers. The donations can come in the actual form of cash based or securities based. In exchange for the donation, a perk or something of value is given back to the donor. If it is donor based, a musician for example might give an autographed CD, or backstage passes to one of their concerts in exchange for their donation. If it is securities based, the business owner might give shares in the company to investors.

Not convinced that this is a viable way to raise capital? According to the Crowdfunding Industry Report by Massolution it states that in 2012 the crowdfunding industry raised over $2.7 billion across over 1 million individual campaigns globally. In 2013 it is projected to grow to $5.1 billion. That’s proof enough for me.

There are two types of Crowdfunding:

Let’s take a look at some examples I recently found on Kickstarter.com. Jo Dee Messina an 18 year veteran of the country music business and Grammy nominated singer recently funded her next album entirely from a crowdfunding campaign. She states that she left the record label because she wanted to make the record that she wanted to make, not what the industry wanted her to make. She turned to her fans, launched a kickstarter campaign and within 3O days raised over $121,000 dollars to fund the project. She harnessed the power of her fans and the internet hence making her new record a record by the fans and for the fans. Pretty brilliant I’d say!

Next is Kite, a product seen on Indiegogo.com It is a patch developed that you put on your skin which allows humans to go undetected from mosquitoes for up to 48 hours. With diseases like Malaria in some countries and now with the West Nile Virus becoming more prevalent in the states, the developers turned to a crowdfunding campaign to raise the capital they needed to further develop and distribute it globally. The campaign has already raised over $314,000 to help with the spread of disease from mosquitoes. A cause that everybody can relate to!

Other campaigners such as video game developers, authors, inventors, artists, film makers, fashion designers, non profits, and even technology based products are all turning to crowdfunding as a way of raising the capital they need to turn their ideas into realities.

Another benefit of using the platform of crowdfunding is to attract hundreds of fans, increased “likes” on your social media sites, new investors and build a bigger customer base in a shorter amount of time than the traditional ways that marketing could afford you.

Running a successful campaign is not easy however. It takes preparation to prepare your business plan, produce your video, market the campaign on both social media sites and traditional marketing to gain exposure, brand management, community outreach and more. The old saying of “build it and they will come” is long gone and a crowdfunding campaign is a blood, sweat, and tears love affair with your project.

Crowdfunding isn’t right for all types of businesses. Many businesses might find the traditional ways of raising capital cheaper and less involved than this type of resource but for those businesses who fall through the cracks and have a business plan that can garner community support, crowdfunding just might be the right match.