By ValleyPatriot on December 28, 2014Comments Off on Death Without Dignity – TEEN TALK with ANA DEBERNARDO 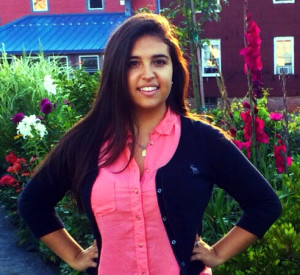 One of the strongest arguments for physician assisted suicide is the idea of “Death with Dignity.” People claim that their life is theirs and only theirs, and that no one should have the right to decide when to end it but them.

If a man is diagnosed with a terminal illness and is given only six months to live, an advocate of “death with dignity” would argue that it should be his choice whether or not to keep living with the knowledge that his metaphoric timer is ticking faster and faster each day. After all, who is the world to ask anything more of him if his desire is to cut his life shorter than it already has been cut for him? Does that make his loved ones selfish for wanting him to suffer his final six months? If so, would he really want his family’s final memories of him to be an emaciated and weak version of him? All these questions are seemingly valid points when their counter arguments have not yet been brought to light.

The Death with Dignity Act would allow people with less than six months to live to receive a prescription for a fatal substance, allowing them to commit suicide at the time of their choosing and in the privacy of their home. Brittany Maynard, a 29 year-old woman from Portland, Oregon became the public advocate for this controversial “right-to-die movement” last month. “Goodbye to all my dear friends and family that I love. Today is the day I have chosen to pass away with dignity in the face of my terminal illness”, she published on her Facebook.

Maynard’s doctors gave her the six-month life expectancy after she was diagnosed with stage 4 glioblastoma. After announcing her intention to take a fatal dose of barbiturates, prescribed to her by doctors under Oregon’s Death with Dignity Act, Brittany made global headlines with her desire to end her suffering. On October 6th, Maynard launched a video campaign that promoted end-of-life choice, and to fight for the expansion of death-with-dignity laws nationwide. In an interview with People magazine, Brittany said, “For people to argue against this choice for sick people really seems evil to me. They try to mix it up with suicide and that’s really unfair, because there’s not a single part of me that wants to die. But I am dying.”

There are countless stories of patients whose illnesses have been dubbed terminal, but have either overcome their illness, or lived far beyond their given “time frames”. It is a haunting thought to imagine losing a loved one through assisted suicide while a possibility existed that he or she might have conquered their disease, or at least lived a while longer. If there have been clear cases of misdiagnoses, then the question arises as to why this controversial and ethically questionable alternative is so heavily argued in society, instead of working to improve or find other solutions.

Although the idea of “Death with Dignity” promotes the decision to cut a life short, its true meaning could be something entirely different. Choosing to end your life simply because you don’t want to wait until a date some doctor gave you, could even suggest cowardice. There is no question that some lives are harder than others. I am not saying that living life with a terminal illness would be an easy thing. Of course it will be painful and difficult, but that doesn’t mean a person should cut their battle short. It’s understandable for a person in this state to want to evade the suffering. Willingly keeping up a fight that’s impossible to win doesn’t sound remotely pleasant. People given a short amount of time to live often want to end their lives because they assume their deaths inevitable, but that’s no different from the rest of the living world. Everyone is going to have to die at some point, and that is our true final destination. We don’t have the right to decide when that moment comes.

Today’s society completely neglects the potential to live, love and learn in the last moments of a person’s life. Whether that be their final days, weeks, months, or even years, the idea of assisted suicide instead tells them that their life is worthless and that it would be easier on everyone if they would take a pill and die.