By ValleyPatriot on January 15, 2013Comments Off on DEMOCRAT CORNER WITH MARA DOLAN: The Trouble With Guns 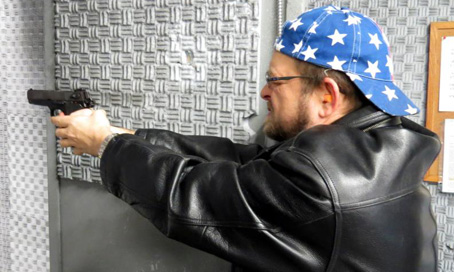 I’m incredibly glad to have the opportunity to write a column for the Valley Patriot, and I thank Valley Patriot publisher Tom Duggan very much for taking on a columnist whom everyone knows is a Democrat. When he asked me about writing a column, he actually liked that about me, and was enthusiastic about bringing a new perspective on board. I really admire that, even as I confess I’ve had a little trepidation thinking about what my first topic should be.

But something wonderful happened in the last election. We’ve come to realize that we’re overdue for reasonable, honest discussions about the serious issues we face. We’ve also, most of us, come to learn how to have those discussions.

So I bravely offer my observations, and my opinion, about a topic which until recently has been too politically dangerous a topic for all but the most far-leaning politicos to broach: the trouble with guns.

At last, we are talking seriously about guns. Never mind that more Americans are killed by guns than by war, or that among the 23 wealthiest countries in the world, 87% of the children killed by guns are Americans, or that women who live in a household where there is a gun are 12 times more likely to be murdered during a domestic dispute, or that we’ve had 31 school shootings since Columbine, and that all the guns used at Columbine were bought at gun shows, where there is no requirement for a background check.

It took the heartbreaking tragedy at Sandy Hook Elementary School in Newtown, Connecticut to get people seriously talking about what to do about guns in this country. Mass shootings take place so frequently we are no longer surprised to hear that it’s happened again, only surprised at how much more horrible this one was. While we should have had this discussion a long time ago, at least we’re having it now, and with that there is some small comfort.

The firearms industry is worth $31 Billion in the United States, with $4 Billion in sales last year. It’s big business and big money. The National Rifle Association, which was formed to “promote and encourage rifle shooting on a scientific basis”, has become a front for a lobbying organization that paid $3 Million last year to help elect candidates who will vote the way they want them to, 96% of them Republican.

The arguments in favor of gun rights are powerful, even if they make some of us very uncomfortable right now. Freedom, and individual rights, are the foundation of this country, and any potential restriction on our individual rights makes us rightfully cautious. Most people who own guns are law-abiding, responsible people who use their guns responsibly. The United States Supreme Court found that the 2nd Amendment guarantees a right of individuals to own guns.

For the record, I don’t want to take guns away from law-abiding citizens who use them responsibly. But what do we do about the people who don’t use guns responsibly? Was it responsible for the mother of a mentally ill son to teach him to shoot and keep .223s in her home? Are we as a country using guns responsibly when we let people buy them at gun shows without requiring a background check?

It is reasonable, fair, and responsible to ban so-called “assault weapons” like the one used at Sandy Hook Elementary School. No one needs to fire off 30 rounds (or more) at a time, and we need to ban high-capacity ammo. It is not too much to ask that people who buy guns at gun shows go through a background check just like everyone else.

These relatively small measures could have prevented more deaths than I want to calculate, spared more parents the never-ending grief of losing a child, and taken America off the top of the list of gun homicides. These small measures are a very small price to pay, and we should be able to come together as a people and a nation at the very least on this.

Last, though there is no scientific proof of this, it does seem to me that the mentally ill mass murderers who commit these awful crimes are often terribly isolated. Life can be very tough, and while most people with troubles don’t commit horrible crimes, you never know when a small act of kindness can make a difference to someone. A smile, a handshake, an extra minute or two of patience can go a long way in healing the heart and soul of the troubled. Kindness makes a difference, and it’s something we can all do without changing any laws or paying any lobbyists.

Mara Dolan is an attorney, a former candidate for State Senate and the producer and host of “Twilight Talk” on WCAP, Mondays 7-9pm. You can follow her on Twitter @MaraDolan.You can email her at mara@maradolan.com