By Christine Morabito on October 16, 2013Comments Off on Disney Shuns Film About 9/11 to Protect Clinton Legacy 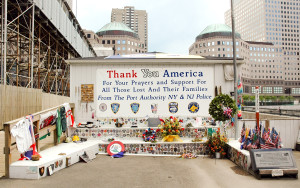 I used to think government censorship of free speech only occurred in countries run by intolerant dictators.

That was before I watched the uncensored version of what is now considered the most controversial mini-series in television history, “The Path to 9/11.” The five-hour ABC docudrama, starring Donnie Wahlberg, Harvey Keitel and Patricia Heaton, originally aired on September 10 and 11, 2006, to an audience of about 25 million. But, not before it was severely edited, almost banned, its director and producer physically threatened, and members of its cast intimidated, all thanks to the destructive power unleashed by Bill and Hillary Clinton.

Written and produced by Iranian-American, Cyrus Nowrasteh, and directed by David L. Cunningham, the film examined the historical events leading up to 9/11. Much of the work was based on the 9/11 Commission Report, which was expanded upon since the document only went back to 1998. It is now well known that the first World Trade Center bombing and the Black Hawk ambush in Mogadishu, both occurring in 1993, had direct connections to Al Qaeda. Moreover, Osama bin Laden went on television, promising death to America eight times between 1996 and 1998.

The mini-series was full of promise. Top brass at ABC and its parent company, Disney, were thrilled upon its completion, and it was slated to be shown every year on the anniversary of the terrorist attack. Americans were supposed to gain clarity about how we arrived at this dark day in our nation’s history and hopefully learn from past mistakes; the biggest of which was not taking threats from Al Qaeda seriously. The docudrama pulled no punches, exposing mistakes made by 2 administrations.

Michael Scheuer, former CIA chief of the bin Laden unit, has testified that President Bill Clinton blew at least 10 opportunities to capture or kill bin Laden. Not a big fan of criticism, Clinton unleashed his attack dogs to destroy the film and everyone involved in it. The narrative was that “The Path to 9/11” was a right-wing conspiracy. The ex-president not only phoned Disney CEO, Robert Iger, a lifelong democrat and loyal Hillary Clinton supporter, but, in true despotic fashion, encouraged five U.S. senators, none of whom even saw the film, to write letters threatening Disney’s broadcasting license.

In the ensuing controversy, the media and the Hollywood left piled on. The bullying became too much for Harvey Keitel, who cowardly denounced the film he once proudly starred in. Disney succumbed to pressure, and although they refused to scrap the mini-series entirely, agreed to Clinton’s substantial editing demands.

According to the Citizens United Productions documentary about the controversy, “Blocking the Path to 9/11: The Anatomy of a Smear,” if more people involved in the film had come forward, the public would have learned that many key players were liberal democrats. In fact, it was suggested during filming that President Bush might be upset by the movie. The Bush administration took no official position on the matter. The docudrama’s research assistant, Mark Tapson, and editor, Mitchell Denton both claim to have voted for Bill Clinton 2 times. The man most responsible for the film, Quinn Taylor, Senior Vice President of Movies and Miniseries at Disney and an outspoken liberal, was forbidden to publicly defend the movie.

The film’s writer/producer, Nowrasteh, whose parents fled Iran and Islamic terrorism, claims his only agenda was to tell the story for the families and the American people. The movie was held to extremely high standards, every scene scrutinized by a team of network executives and attorneys.

Ironically, the artist organization, PEN, whose mission is “to defend freedom of expression domestically and internationally,” failed to defend Nowrasteh, an award winning member of the group. Crickets were also heard from the Director’s Guild, the Writer’s Guild and the Screen Actors Guild.

Since its airing in 2006, ABC/Disney has abandoned “The Path to 9/11” completely, refusing to release it on DVD despite heavy demand and repeated requests from shareholders. Disney executives have also refused offers to sell the picture. It seems unlikely that will change without significant public pressure; at least as long as Hillary Clinton is a future contender for president.

In a piece for Big Hollywood, Lawrence Meyers writes “Quasi-High Art such as ‘The Path to 9/11’ has value that transcends politics. Consequently, ABC and Disney have a moral imperative to release this series on DVD. The studio must put the nonsense of politics aside and do the right and noble thing by giving access to this work to all Americans.”

Disney should hear from us. Americans deserve to see this film. {wdw.guest.communications@disneyworld.com}

The Smear Campaign Against ABC’s ‘The Path to 9/11’