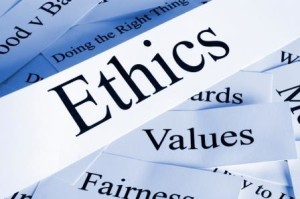 Intervened to stop the eviction of his brother from NBHA housing

The State Ethics Commission issued a Decision and Order (“Decision”) finding that Bruce Duarte, a senior property manager at the New Bedford Housing Authority (“NBHA”), violated section 19 of G.L. c. 268A, the conflict of interest law, by directing NBHA staff to stop the eviction of his brother from an NBHA apartment.  The Commission ordered Duarte to pay a civil penalty of $1,000.  Duarte has 30 days to pay the civil penalty or file an appeal with the Superior Court.

According to the Decision, Duarte, as a senior property manager, had the authority and discretion to stop evictions of tenants in NBHA housing and to direct his subordinates to stop evictions.  Duarte’s brother, John Duarte (“John”), was an NBHA resident in 2009 and 2010.  During John’s tenancy he allegedly exhibited behavior that created problems with NBHA staff and other tenants and also failed to pay his rent on time.  Duarte initially told NBHA staff that he did not want to be involved with his brother, and that John should be treated like any other resident. However, Duarte did become involved in John’s NBHA tenancy on a number of occasions.

The Decision states that, in 2010, the NBHA began the process to evict John for nonpayment of rent in the Bristol Housing Court in New Bedford (“Housing Court”).  On August 23, 2010, the NBHA obtained a default judgment from the Housing Court in the eviction action, and in early September 2010, obtained an Execution on Judgment against John authorizing the Sheriff’s Department to clear the apartment and return the premises to the NBHA.  Duarte knew of John’s failure to pay rent and of the Housing Court proceedings against John.  On the morning of September 13, 2010, an NBHA management aide spoke with Duarte and told him that John was being evicted.  Duarte then decided to direct the aide to stop the eviction.  Duarte, on his own official authority, made the decision to stop his brother’s eviction.  John did not have access to other free housing at the time, and had his brother not stopped the eviction, John would have had to find and pay for new housing or have been homeless.  Although John remained in NBHA housing into December of 2010, he did not comply with an agreement for judgment to pay his unpaid rent and other fees to the NBHA.  John was evicted and moved out in December 2010, owing the NBHA back rent and fees.

The Commission found that “the preponderance of the evidence establishes that Duarte personally and substantially participated in his official capacity as a NBHA senior property manager in the decision to stop his brother’s eviction (a decision in which his brother had to his knowledge a financial interest) by, in the exercise of his official authority, personally making the decision and directing his subordinate to stop the eviction.”

Section 19 of the conflict of interest law prohibits a municipal employee from participating as such an employee in a particular matter in which, to his knowledge, a member of his immediate family has a financial interest.