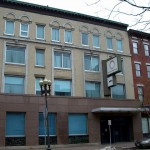 The State Ethics Commission’s Enforcement Division issued an Order to Show Cause (“Order”) alleging that Wellington House Publishing, Inc. (“Wellington House”) owner Algird Sunskis  violated G.L. c. 268A, the conflict of interest law, by paying kickbacks on three occasions to Lawrence Public School (“LPS”) employees to obtain LPS contracts. One of the contracts involved the fraudulent sale of equipment that was paid for by the LPS but never delivered.

Additionally, the Order alleges that in September 2008, Sunskis, through Wellington Publishing, paid LPS employee Charles Birchall a $2,200 kickback for issuing a purchase order for a folding machine.

Section 2(a), the bribery section of the conflict of interest law, prohibits anyone from corruptly offering or promising anything of value to a municipal employee with the intent to influence any official act, or any act within the official responsibility of the employee.

Section 3(a), the gifts and gratuities section of the conflict of interest law, prohibits anyone, other than as provided by law for the proper discharge of official duty, from directly or indirectly giving or offering anything of substantial value to any municipal employee for or because of any official act performed or to be performed. The Order alleges that, by making payments to Laurenza and Birchall through Wellington Publishing, Sunskis intended to reward them for generating contracts for Wellington Publishing in connection with the three purchases described above.

The Ethics Reform Law of 2009 increased the maximum amounts of the civil penalties that may be imposed by the Commission. Violations of the conflict law that occurred prior to September 29, 2009, remain subject to a maximum civil penalty of $2,000 per violation.

The Commission will schedule the matter for a public hearing within 90 days.