By Cheryl Hajjar on August 27, 2014Comments Off on Faith, Hope and Groceries ~ Babies and Briefcases with Cheryl Hajjar 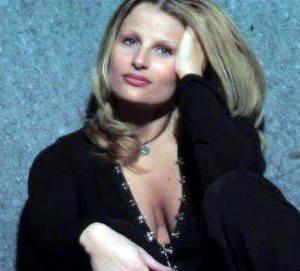 This past month, our community has been inundated with the Market Basket saga. A family feud that has been going on for decades.

It is perceived by all of us as a good vs. bad battle, much like scenes from a Spiderman or Batman movie where the superhero fights the villain in an underdog fashion.

We are all sitting on the edge of our seats waiting for the final outcome. We have been inspired and moved by the employees of Market Basket and their actions in one way or another. I found myself driving by one of the stores the other day and beeping my horn to support the picketers holding their signs up. We are all doing it.

It has to be one of the greatest modern day shows of the human spirit, and what happens when a committed group of people band together and stand their ground. My 11 year old actually asked me if I could take him to the store to see the empty shelves and people holding the signs up. It was an extremely powerful lesson for him: to stand up for what you believe in.

No matter who is right or who is wrong in the Demoulas family battle, one thing is certain. The employees of Market Basket stand behind their CEO. But why? Why are they willing to lose their jobs for him? Why are they spending countless hours everyday standing outside in the hot summer sun picketing? The answer is simple. Loyalty. What makes an employee loyal to a fault one might ask? Well, according to some Market Basket employees, Artie T., as he is so named now, is one of the kindest and most thoughtful men they have ever known. He knows his employees by name, and with just about 25,000 of them, that’s a difficult feat to accomplish.

He attends funerals of the employees family members, and in the economic landslide of 2008, he put money back into the employee profit sharing plan so they could all receive their bonuses.

They are loyal to him for one reason, because he gives them a reason to believe in mankind. A reason to get up in the morning everyday and feel like they are a part of something. In today’s day of big wig corporate America CEO’s, most leaders don’t give a damn about their employees, feeling that every one of them is replaceable, but the Market Basket community is quickly proving that statement to be far from the truth.

Artie T. has an old school approach, an approach that has built a grocery store chain of epic proportion. He knows that without his loyal employees, the stores wouldn’t have been built and the Demoulas legacy wouldn’t have carried on the way it has for all these years. Maybe America’s corporate suits have a take away from all of this. Be less about the numbers and more about the people. It’s evident from this instance that a committed group of people can single handedly shut down a multi billion dollar business in just days. We are seeing it all before our very own eyes.

So what does it take to be a great leader? Well for one it requires being honest. People are much more likely to want to work for a company that is being lead by a CEO that stands behind his or her promises, rather than be fed a fluffed up story.

Secondly, being compassionate is another overlooked trait. Too many leaders today try and lead with a balance sheet, not realizing that building a solid team of people is worth a lot more than an excel spreadsheet. And what about integrity? Our forefathers made agreements on a handshake and stood by their word. Do what you say you are going to do. That’s it. Done.

Leaders and managers will hold a lot more clout that way than not acting in the best interests of their employees. Be fearless. True leaders are willing to take risks and are able to learn from their mistakes. Engage with your employees.

We all want to feel like we are a part of something bigger than ourselves and that we contribute to a cause. Lastly is principal. Why do you think the Market Basket customers, myself included, have boycotted shopping at their stores? We all know the competing grocery stores are more expensive, but we are shopping at them anyways until hopefully something is resolved. Why? Because it’s the right thing to do for our community and to set the right examples for our children.

Our country was founded on movements similar to the Market Basket dilemma.

We all want to embrace a leader that has the same visions as we do: to move forward together and stand as one. It’s empowering and truly inspiring to be a part of something so moving like this. It’s the Boston Tea Party reincarnated two hundred and forty one years later. Let the employees of Market Basket, their families and friends be a great example to all of us on how to stand up for what’s right and to fight for a cause. Bravo.