Fake News? You Bet, and Censorship Too at Wellesley Free Library!

By ValleyPatriot on August 25, 2018Comments Off on Fake News? You Bet, and Censorship Too at Wellesley Free Library! 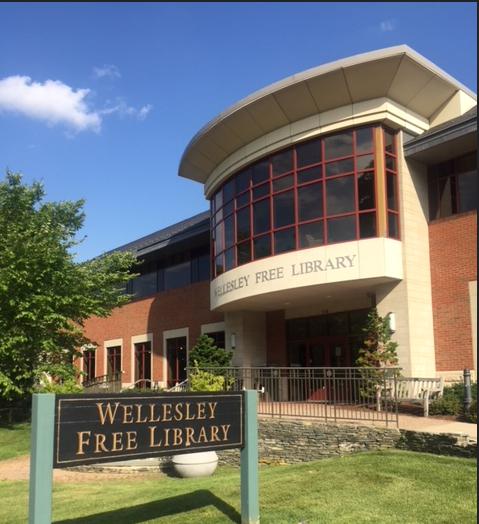 HOW LONG UNTIL BOOKS ARE BURNED HERE?

George Orwell: “Journalism is printing what someone else does not want printed: everything else is public relations.

In our times of phony communication overdrive, increased divisiveness and contentious discourse amid interest driven media and reports favoring powerful corporations disguised as news, writers like myself, who are committed to truth rely on libraries and librarians as sources for accurate information. Allies in our perpetual quest for free access to reliable facts and figures

Not that I am naïve to reality. I know that libraries too are funded by individuals and institutions who set the standard for what they carry. It was after all the top echelon of Germany’s intellectual elite that began censoring books at the behest of the German P.E.N. (Poets, Essayists, Novelists) Center, and in 1933 started the infamous book burnings of works that the Nazi party members considered “un-German” in spirit. Works by some of the most revered German intellectuals such as Brecht, Einstein, Freud, Mann and Remarque, among many other prominent cultural figures.

It was soon thereafter that the famous words by the expatriate German Jewish poet Heinrich Heine, exiled to France, penned more than a hundred years earlier: “Where they burn books they will burn people too” became all too true.
But I was assuming, that in our more enlightened times (how often do we hear: one should learn from the Holocaust?) clearly, what we should know is that the raping and murdering of innocents evolved from censoring, pillaging and robbing.

All this crossed my mind during my recent telephone conversation with the librarian at the Wellesley Free Library in charge of periodicals. It followed requests by patrons for an inclusion of a greater Boston monthly paper in the Library’s Reading Room and made me realize, how close we actually are to the spirit of pre-World War II fascism in Germany, right here in Wellesley. Home of the same named College for women, Babson and public schools considered to belong to the nation’s finest institutions of learning.

The patrons, who had repeatedly quested a copy of The Valley Patriot, a monthly, in the Periodicals Room, found it daunting that a new “café-like space” and an “automated Material Handler” were under consideration by the Library, when a simple request for more varied reading material in form of this monthly paper was being denied.

Clearly there were plenty of other café-like spaces in town for “sipping coffee” and whether an “automated Material Handler” was absolutely necessary could be a matter of opinion. But according to Wikipedia the purpose of a library is to hold “books, periodicals, newspapers, manuscripts, films, maps, prints, documents, microform, CDs, cassettes, videotapes, DVDs, Discs, e-books, audiobooks, databases,” and other informative materials for research and reading. These days an absolute necessity for those attempting to sort out the facts from the fake, with the influx of biased and inaccurate reporting by various print-, internet and other media outlets.

All the more disconcerting was the response given to me upon a repeat call to Anna Dorste, the Periodicals Acquisitions Librarian, in response to this request for the more centrist monthly than most of the other papers offered in the Periodicals Room.

After navigating Droste’s first argument, that “the library’s vendor (Revistas) cannot provide it” with the binding offer to secure delivery, she stated: “financial limitations.” These were offered to be covered with a donation to the Library for the cost of the subscription to the paper. Nevertheless, she told me, we would have to wait until the beginning of the new fiscal year in July 2018 and then she still couldn’t promise the subscription as it was up to her to make the selections.

Upon my inquiry, which criteria she used for her decision, she answered: “Depending on how many people would be reading it.”

Perplexed I asked, how that would be determined prior to the paper actually being in the Periodicals Room?

Dorste: “It can’t be. Only once it’s available.”

Ok, I thought, incredulously. This conversation had now totally peaked my curiosity: “So how do you determine how often a paper is read?

Dorste: “When readers leave it out on the table.”

I had to remind myself that I was talking to a librarian, a person of the type I considered informed and educated, perhaps even schooled in logic: “Aren’t readers supposed to put non-circulatory reading materials back where they got them?” I asked.

Dorste: “Yes,” was her curt answer. She sounded hostile, a frequent response to my observing – or asking too much, I registered.

“So you can only determine that a paper has been read if someone is sloppy or careless enough to leave it out?”

This then was about her deliberately obstructing access to information in my community, the opposite of a library’s stated mission in a “free” society.
“Not a very reliable method for an accurate assessment. What do you say?” I asked.

This conversation had gotten tedious to say the least. So, I finally concluded: “Lets then just cut to the chase, you don’t want The Valley Patriot in the Periodicals Room because you are actually limiting the information Wellesley Free Library Patrons should read. That’s censorship, isn’t it?”

She didn’t answer. The silence was deafening. I had hit the proverbial nail on the head.

These days it’s politically incorrect to call a “spade a spade.” But this spade is shoveling its own grave and that for us all. What exactly does the word “free” mean in Wellesley Free Library? Where freedom of the written word is banned it will be burned, and so will people not fitting into some overall trendy scheme. In some places it’s already happening again.