By Tom Duggan on June 26, 2017Comments Off on Families of Murder Victims Providing Support in Valley 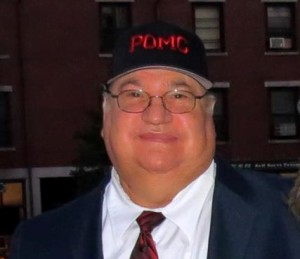 A support group for family members of murder victims meets in Lowell on the second Tuesday of every month to help those dealing with their heart wrenching loss. The group meets on the second floor boardroom of Lowell General’s Saints Campus.

“We are called Parents of Murdered Children, but we should really be called Family Members of Murder Victims because any murder victim’s family can come to us for support,” said Arnie Muscovitz the Merrimack Valley Chapter leader.

Muscovitz and his wife Alice know all too well what families of murder victims go through. Their daughter, Karen, was brutally strangled and murdered in Melbourne, Florida in January of 2004. Her killer was Travis Lee Edwards.

Edwards was given two life sentences in prison but his conviction was overturned on procedural issues, and he will not be tried again because he is considered mentally ill.

“It just never ends,” Muscovitz says. “She was murdered in 2004 and we are still dealing with all this. He will never be retried because of a law in Florida that says if you are considered mentally ill for more than five years you cannot be tried. We are still dealing with a court system that cares more about protecting criminals than the victims they leave behind.”

Travis Lee Edwards was the twin brother of Karen’s boyfriend at the time.

“It’s just so hard,” Muscovitz said holding back tears. Several members of POMC told The Valley Patriot “they treat us like we are observers who just walked in off the streets and decided to watch a trial. Nobody tells us what’s happening. What little they do tell us, is so convoluted that you can’t understand half of it.”

One family member said that dealing with the court system and watching the process made them feel sick as if their family member was “being killed all over again.”

“There is no justice and it seems people like it that way,” Muscovitz said.

“Nobody does anything to change it. When a family member is murdered it’s hard enough, but then it gets dragged through the media and through a courtroom where the killers have all the rights and all the comforts. Imagine they can’t try this guy again because he’s mentally ill. My daughter is dead. He is a danger to everyone he comes into contact with. Her memory means nothing, while his needs are catered to. That’s just not right. It’s not.”

Muscovitz says that the group he meets with each month are “not experts at this stuff. We are not trained psychologists or anything like that. But, what we do know is what we experienced. There are a lot of people going through this every day for the first time. Every day it seems another person is being killed. That’s one more family every day, maybe more. We want them to know there’s a place they can come and just talk. We will stay as long as we need to.”